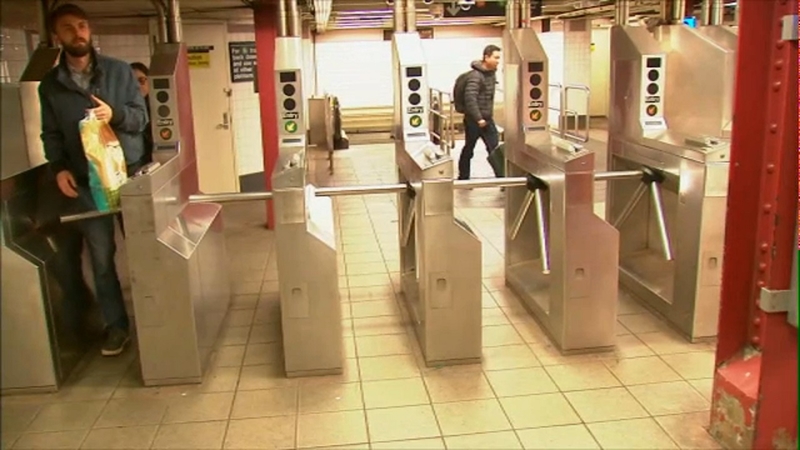 UPPER EAST SIDE, Manhattan (WABC) -- There is a new push from Senator Charles Schumer to equip subway stations with a device that can detect suicide vests. Right now the device is being tested in large cities across the nation - except for New York.

Last Monday was the first attempted suicide bombing on American soil in a crowded subway passageway near Times Square.

At the time, counterterrorism experts said it is nearly impossible to screen for explosives on a subway system as large as New York's - but now, Eyewitness News is learning that might not be true.

The Transportation Security Administration has been testing a device in cities like Los Angeles and Washington.

"I am telling the TSA to wake up," Sen. Schumer said.

Police Commissioner James O'Neill, meanwhile spoke on Fox News Sunday night, saying that while the NYPD is ready, the threat of terrorism is real.

"Of course, I'm concerned because we have to pay attention to not only what goes on in this city, but what goes on around the world. So I an concerned, but we do have the plan," the commissioner said.

A TSA spokesperson says, "The devices identify objects that block the naturally-occurring emissions emitted by a person's body. No radiation of any kind is emitted by the unit, and no anatomical details of a person are displayed."

The devices have been in development since 2004. Senator Schumer says he is troubled by why it is taking so long, and says the agency will not tell him why the devices are not being tested in New York.