Suspect crashes into police cruiser and runs from scene Queens 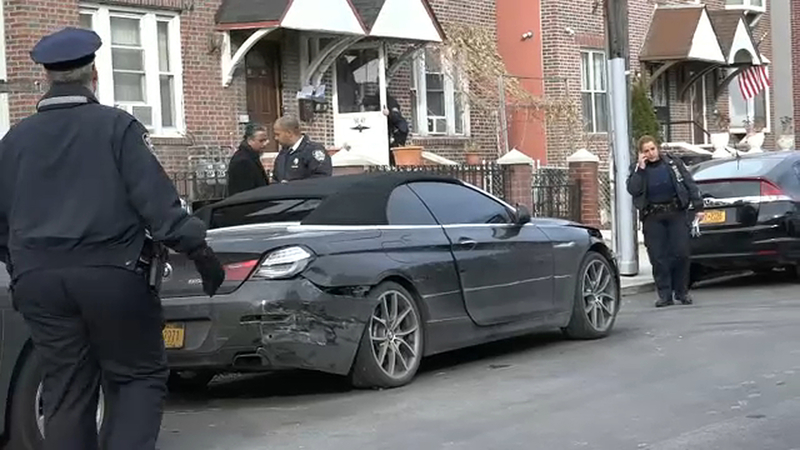 SUNNYSIDE, Queens (WABC) -- A police officer was injured in a crash in Queens Wednesday morning, and police are looking for a possibly armed suspect who fled the scene.

The officer's cruiser was struck in the area of Northern Boulevard and 39th Street in Sunnyside just before 10 a.m.

The suspect fled again, and then ditched his black BMW at 41st Street and 50th Avenue. It sustained significant damage to the passenger side.

He fled on foot, and police are searching for him. He may be armed.

Police have tentatively idenfied the suspect as a 30-year-old man.

The officer sustained minor neck and back injuries and was taken to New York Presbyterian Hospital-Cornell.