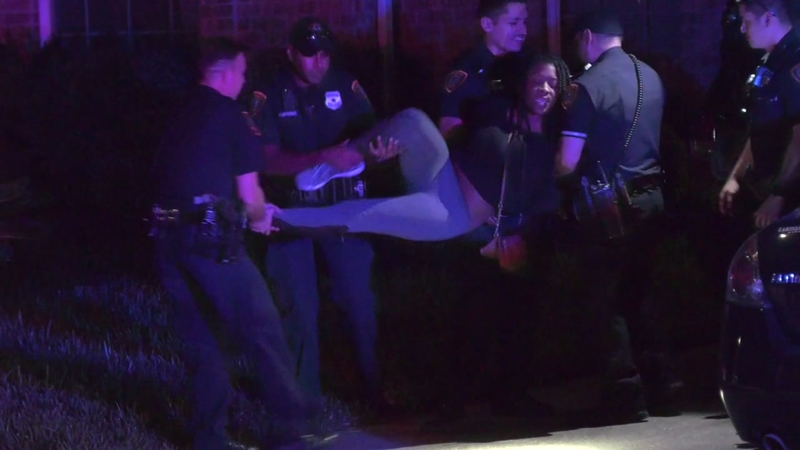 HOUSTON, Texas -- A food fight between a group of women led to a police chase and a brief standoff in a Texas driveway Wednesday night.

Police say three women were throwing sushi and water at each other inside a restaurant on Westheimer Road in Houston around 9:30 p.m.

When police arrived, one of the women jumped in her car and allegedly tried to run over an officer. He was able to get out of the way, and she took off.

Authorities say the woman then led police on a slow-speed chase that ended about 11 miles away at her home, where she pulled into the driveway and just sat there.

The woman could be seen playing on her phone and ignoring commands from officers to get out of the vehicle.

After more than 10 minutes of that, police finally punched out the driver's side window and removed her, Houston police Lieutenant Larry Crowson said.

She allegedly kicked, yelled and refused to cooperate, but officers were able to put her in the back of a patrol car using leg restraints so she couldn't hurt herself or kick officers.