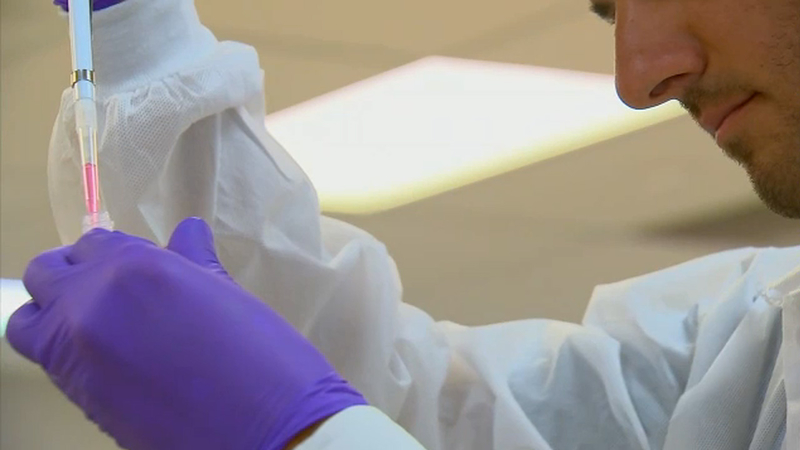 Science is bringing new hope to families of the victims of the September 11th terror attacks, as DNA technology that didn't exist 17 years ago is now helping identify remains that were previously unknown.

And for OCME forensic scientist Dr. Andrew Schweighardt, it's deeply personal.
"There's a part of me that still hopes that every sample that I test, maybe one day, I can provide closure to my loved ones who lost a big part of our family that day," he said.

His cousin Joseph Anchundia was killed on 9/11, but his remains have yet to be identified by the New York City medical examiner. That's where Schweighardt works as a forensic scientist.

"It's something that I personally feel, every day I come to work," he said.

DNA technology has brought some sense of closure to hundreds of families who lost relatives at the World Trade Center. Despite extensive testing, though, scientists have been unable to identify roughly 40 percent of the people who died. That may be changing.

"The great thing about DNA is that the technology improves every year, year after year," OCME Laboratory Chief Timothy Kupferschmid said. "We want to generate a DNA profile from every bone fragment that has been recovered."

Scientists say advances in DNA technology are already providing answers, and forensic testing that used to take days or weeks is now completed in hours in one of the most sophisticated crime labs in North America. One hundred missing persons cases have been solved there so far this year, along with rapes, murders and other crimes.

"It gives me a lot of satisfaction when I know that the technology we utilize and the work that I do can help families and bring them closure," forensic scientist Jonathan Holly said.

"I think the new technology that they have is going to give renewed hope to those 1,100 families to be able to provide a proper burial for their loved one," she said.