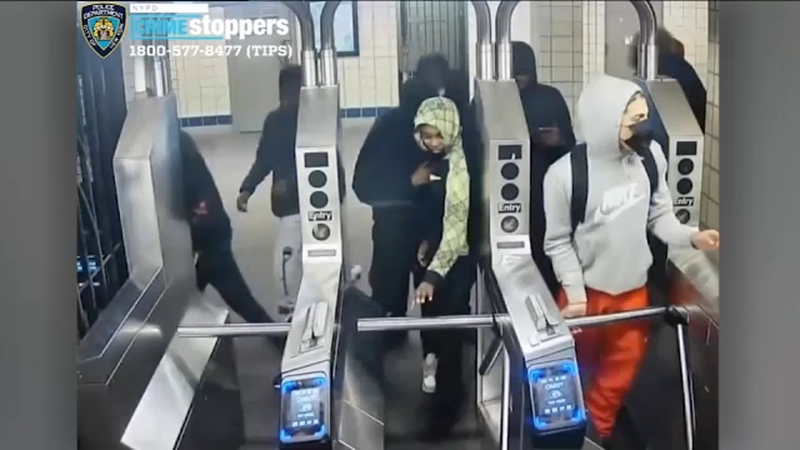 EAST NEW YORK, Brooklyn (WABC) -- A group of about seven men are wanted for attacking a teenager in a train station in Brooklyn.


It happened on Monday, March 14 at 3:57 a.m. on the mezzanine of the Van Siclen Avenue subway stop in East New York.

He was punched multiple times on his head and body. The victim suffered swelling and bruising and sought medical attention on his own.