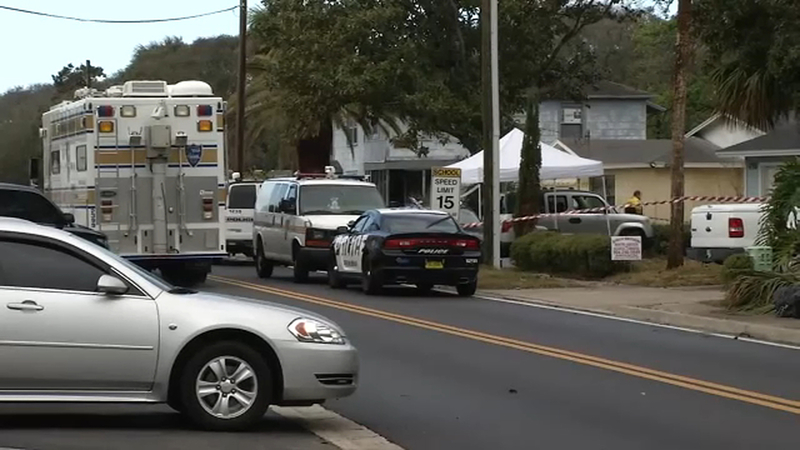 MIAMI, Florida -- U.S. Border patrol agents have detained a Florida teenager trying to enter Canada whom police want to interview in connection with the death of his grandmother.

The Jacksonville Sheriff's Office said at a news conference late Friday that the 15-year-old was stopped near Buffalo, New York.

Officials in Florida started looking for the boy and his 53-year-old grandmother on Wednesday after they failed to pick up the teen's father at the airport. The father had been on vacation with his girlfriend and his mother was watching her grandson while they were gone.

When the father got to his home in Neptune Beach, near Jacksonville on Florida's Atlantic coast, he found it had been ransacked. His mother's home in nearby Mayport was also ransacked. Weapons were missing from both homes and the grandmother's 2015 Dodge Dart was also gone.

Officials said at the news conference that the father is a corrections officer for the Jacksonville Sheriff's Office.

Ron Lendvay, a director of investigations and homeland security for the sheriff's office, said surveillance footage from a gas station in south-central Pennsylvania picked up the image of the teen and Dodge Dart on Thursday afternoon. The sheriff's office and the Florida Department of Law Enforcement are working with the Neptune Beach Police Department on the case.

Lendvay said a warrant was issued for the teen's arrest on an auto theft charge.