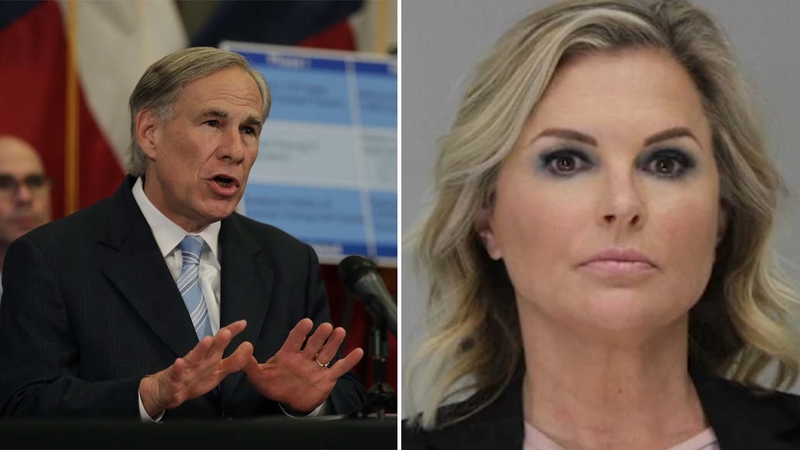 AUSTIN, Texas -- After a Texas hair salon owner was sentenced to jail for defying a closure order, Gov. Greg Abbott said the punishment is no longer on the table.

In a tweet Thursday morning, the governor said he is "eliminating jail for violating an order, retroactive to April 2, superseding local orders. Criminals shouldn't be released to prevent COVID-19 just to put business owners in their place."

Abbott also said throwing Texans in jail whose businesses shut down "through no fault of their own is wrong."

Throwing Texans in jail whose biz's shut down through no fault of their own is wrong.

I am eliminating jail for violating an order, retroactive to April 2, superseding local orders.

Criminals shouldn’t be released to prevent COVID-19 just to put business owners in their place.

The decision comes after Dallas hair salon owner Shelley Luther refused to close her business. She was booked in the Dallas County jail on Tuesday afternoon following a video hearing, during which she was found in contempt of court. The hearing occurred as Gov. Greg Abbott relaxed more restrictions statewide, allowing barbershops and hair salons to reopen Friday.

"The trial judge did not need to lock up Shelley Luther," Paxton wrote. "His order is a shameful abuse of judicial discretion, which seems like another political stunt in Dallas. He should release Ms. Luther immediately."

You can read Paxton's letter here.

"As I have made clear through prior pronouncements, jailing Texans for non-compliance with executive orders should always be the last available option," Abbott said in a statement before Thursday's update.

Last month, Luther was issued a citation for keeping open her Dallas salon despite state and local directives that kept nonessential businesses closed.

In Tuesday's hearing, Luther said she kept the salon open because she needed the money.

"I couldn't feed my family, and my stylists couldn't feed their families," Luther testified, saying she had applied for a federal loan but didn't receive it until Sunday.

Moyé said during Tuesday's hearing that he would consider levying a fine instead of jail time if Luther would apologize and not reopen until she was allowed to do so. Luther refused.

"Feeding my kids is not selfish," she told Moyé. "If you think the law is more important than kids getting fed, then please go ahead with your decision, but I am not going to shut the salon."

Moyé wrote in his judgment of contempt: "The defiance of the court's order was open, flagrant and intentional." He noted that, despite being given the opportunity to apologize, Luther has "expressed no contrition, remorse or regret" for her actions.
Report a correction or typo
Related topics:
societydallassocial distancinghair stylingbusinesscoronavirusstay at home order
TOP STORIES
Cop and teen wounded when teen's gun goes off in Bronx: NYPD
Dramatic rescue of woman in deadly Bronx house explosion
Fashion icon André Leon Talley dies at 73
NY AG acts to enforce Trump family subpoenas
COVID Updates: 75% of NYC employers say omicron delayed return to work
'Name a Roach' for your Valentine at the Bronx Zoo
Some issues arise on 1st day of USPS free COVID tests
Show More
AccuWeather: Milder but brisk
Mom, child dead after vehicle found floating in pond in New Jersey
Airlines worldwide rush to change flights over US 5G problems
Giuliani among Trump allies subpoenaed by Jan. 6 panel
Greater flexibility for at-home learning as NYC students return
More TOP STORIES News