Shots fired at subway station in the Bronx, no injuries 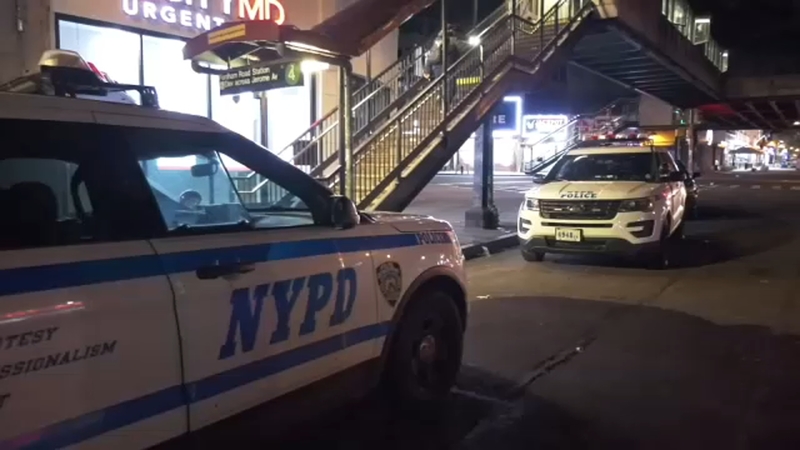 Gunman opens fire on subway train in the Bronx

THE BRONX (WABC) -- The NYPD is investigating after shots were fired on board a subway train in the Bronx early Saturday.

Police said a gunman opened fire on a northbound 4 train at around 12:50 a.m.

It's unclear exactly where the shooting took place.

Shell casings were recovered from the Burnside Avenue station.

The suspects, described as a male and female, both Hispanic, in their 20s, are believed to have fled at the 183rd Street station.


The train was held at the Fordham Road station as police investigated and northbound 4 trains were experiencing delays.

There were passengers on the train at the time, but there were no reports of any injuries.