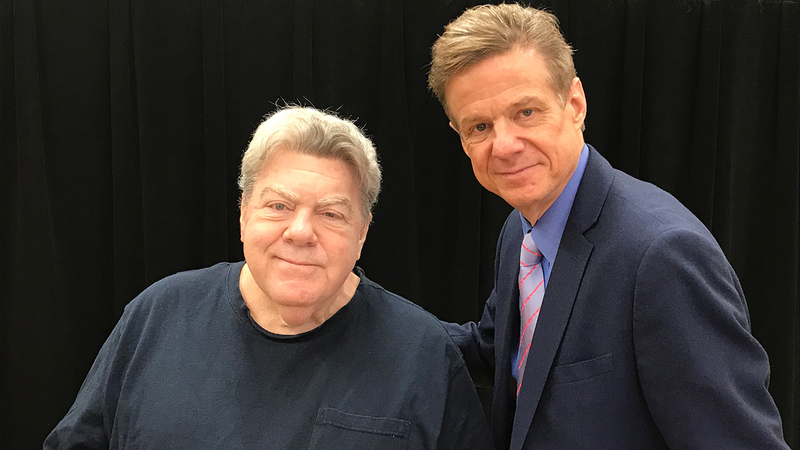 NEW YORK (WABC) -- The movie "Elf" has become a Christmas classic, and this season, the musical based on the movie has moved from Broadway to the Theater at Madison Square Garden.

The story of Buddy the Elf has been entertaining audiences for almost 15 years, thanks to the way Will Ferrell played him in the hit movie from 2003, and the stage production entertains kids without boring their parents.

"His utter commitment to Buddy the Elf just captivated everybody," said actor George Wendt, who played Santa Claus on Broadway in the musical based on the film.

We found him in Midtown, rehearsing to resume the role for the new production to be staged at MSG.

Wendt said he never saw "Elf" as a kids show, though children do love it.

"The spectacle is for the kids and the story is for the kids," he said. But the humor is aimed at their parents, because "the jokes and stuff were pretty cool and sophisticated."

Many parents still remember Wendt from his role on "Cheers," and he's OK with that.

To this day, fans still want to buy him a beer.

He still works regularly on TV, but these days, he can often be found on stage. Most recently, he starred in a revival of "Death of a Salesman" in Ontario, Canada, at the St. Jacob's Country Playhouse. So what does it feels like to play Santa Claus after playing Willie Loman?

The limited engagement of "Elf the Musical" runs at The Theater at Madison Square Garden from December 13 though December 29. It features songs by Tony Award nominees Matthew Sklar (The Wedding Singer) and Chad Beguelin (Disney's Aladdin, The Wedding Singer), with a book by Tony Award winners Thomas Meehan (Annie, The Producers, Hairspray) and Bob Martin (The Drowsy Chaperone). The production will feature direction by Sam Scalamoni and choreography by Connor Gallagher.