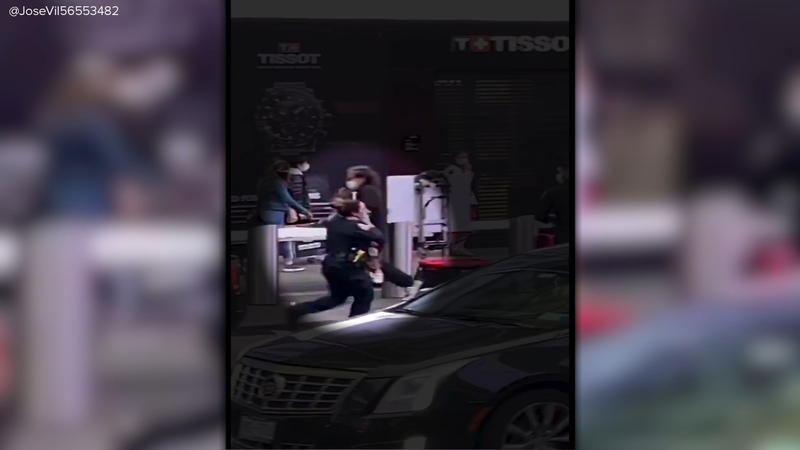 Who are the victims in the Times Square shooting?

TIMES SQUARE, Manhattan (WABC) -- The victims in the Times Square shooting were innocent bystanders who did not know each other. One is just four years old.

The shooting happened just before 5 p.m. on Saturday near 45th and 7th Avenue when investigators said 2 to 4 men got into a fight, when at least one pulled a gun and started shooting at the others.

The bullets missed, and instead struck the three victims, including the child from Brooklyn who was toy shopping with her parents.

She was hit in the leg and police said she needed surgery.

Alyssa Vogul was identified by police as the officer seen in video carrying the child to the ambulance.

A 23-year-old tourist from Rhode Island was also struck in the leg. She had come to New York City to see the Statue of Liberty, which was closed so she came to Times Square instead.

A 43-year-old woman from New Jersey was struck in the foot.

All three victims were taken to the hospital for treatment.

None of the victims knew each other.

The men who were in the fight fled the scene, including one who was captured on surveillance video.

Shea said an officer heard four to five shots and officers found three shell casings, appearing to be .25-caliber, at the scene.

Mayor Bill de Blasio called the shooting "senseless violence" and vowed the suspects will be brought to justice.