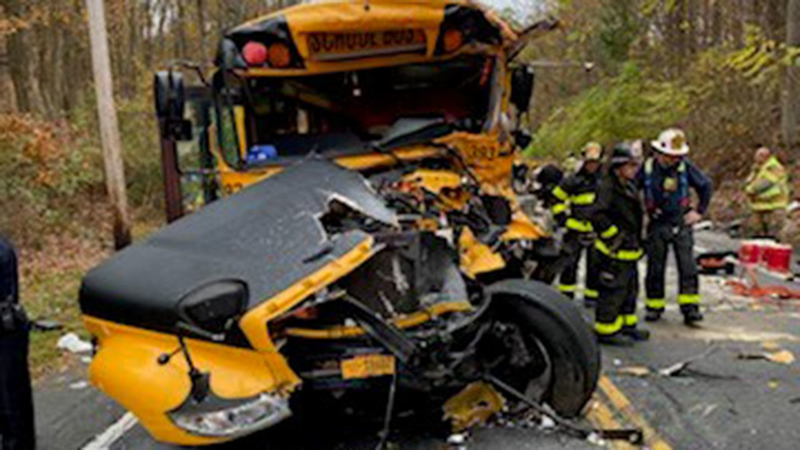 NEW WINDSOR, Orange County (WABC) -- Three people, including a child, are in critical condition and several others hurt in a school bus crash in New York Wednesday morning.

It happened just before 8:30 a.m. on Route 207, at Little Britain and Beattie roads, in New Windsor and involved a Little Britain Elementary School bus and a tree trimming truck equipped with a chipper owned by a local landscaping company.

Orange County Executive confirms children needed to be extricated from school bus this morning when it crashed with tree trimming truck. pic.twitter.com/rei4YIBJbf

The bus driver, 74-year-old Andrew Sanchez, and the driver of the tree trimming truck, 25-year-old Ian Jennings, were also hospitalized in critical condition.