WABC
By Eyewitness News
Video from NewsCopter 7 shows cars and trucks backing out of the Lincoln Tunnel after a multi-vehicle crash snarled traffic for hours Tuesday morning.

The crash happened a little after 6 a.m. and involved a bus and two cars. Eight people suffered minor injuries in the crash.

No new vehicles were being allowed into the south tunnel after the crash -- but then we saw dozens of cars backing out and taking the center tube. Only the center tube was open to inbound traffic for about an hour.

Traffic reopened to the south tube a little before 7:30 a.m., but drivers still experienced more than a one-hour delay getting into the tunnel. 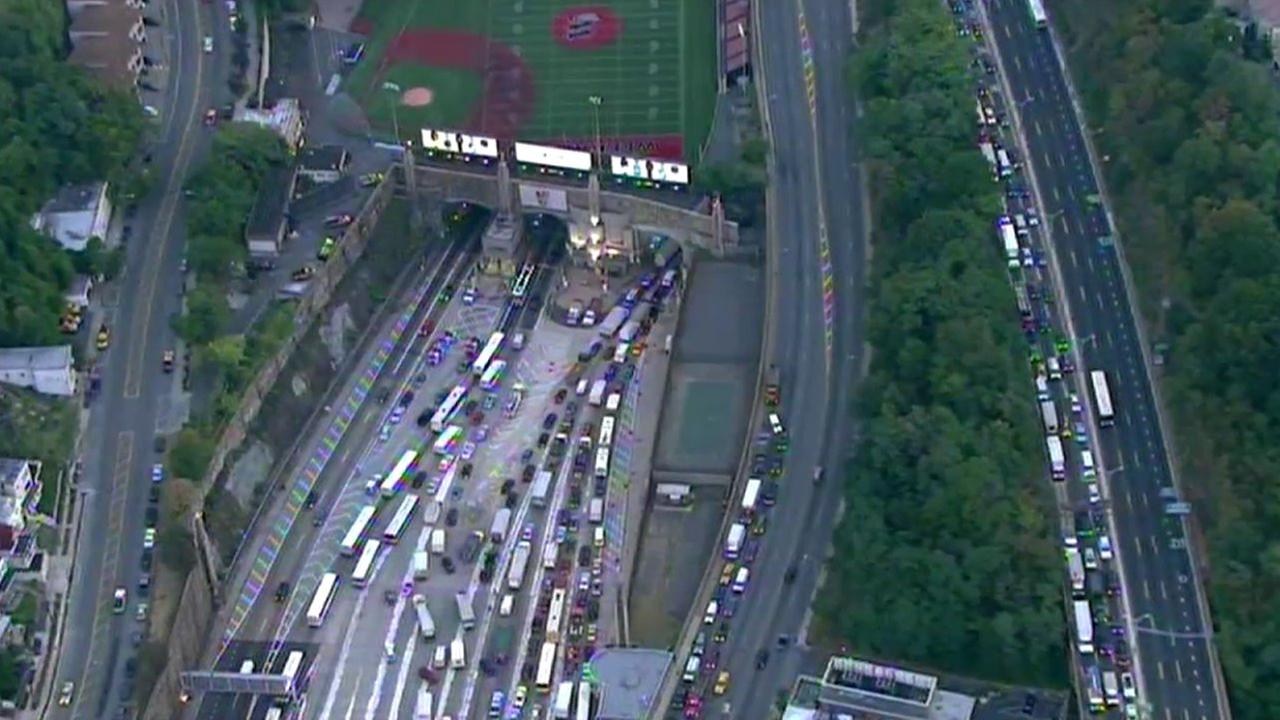