New bike lanes being fast-tracked for Brooklyn after cyclists' deaths 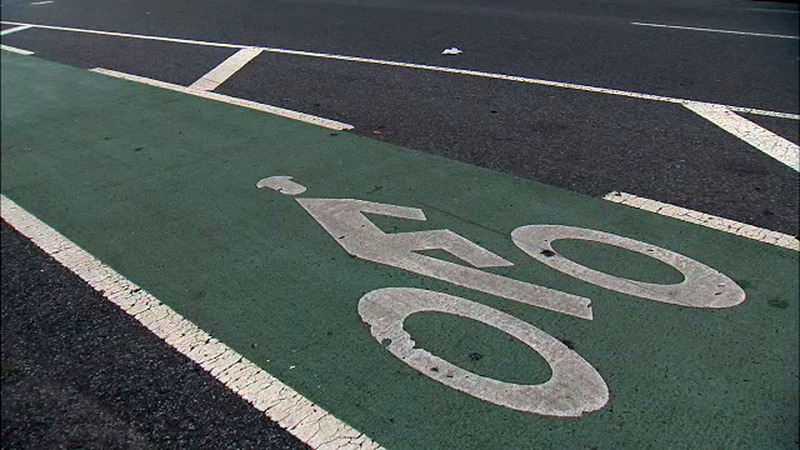 New bike lanes being fast-tracked for Brooklyn after cyclists' deaths

SUNSET PARK, Brooklyn (WABC) -- Officials announced Wednesday that they are expediting a plan to keep cyclists safe in Brooklyn.

The New York City Department of Transportation is fast-tracking construction of protected bike lanes along 4th Avenue in Sunset Park. Two sections from 1st to 15th Street and 60th to 64th Street have been completed, but the remaining blocks have been delayed by MTA subway work.

Transportation officials say by the end of the year, cyclists can expect to see 45 blocks of new bike lanes along 4th Avenue.

"We are going to get the rest of 4th Avenue done, all the way up to 1st Street." DOT Commissioner Polly Trottenberg said. "So thank you, you pushed us to make that commitment."

The move comes after the death of yet another cyclist on city streets last week.

Em Samolewicz, 30, was killed riding her bike on 3rd Avenue in Sunset Park after she swerved to get around the door of a parked car as it was opening and turned into the path of a tractor trailer.

The safety issue is also a priority, especially since 18 bicyclists have been killed so far this year compared to 10 in all of 2018.

"These deaths that we read in the papers as statistics and numbers are human beings," said Jane Martin-Lavaud, of Families for Safe Streets. "They are family members."

Officials hope more protected bike lanes in the area will help keep cyclists safer, and even save lives.

The project was originally set to be completed in 2017 and then delayed until spring of this year, but the new timeline calls for completion by the end of this year.

The latest push is a direct result of the Green New Wave program announced by Mayor Bill de Blasio two weeks ago following a major uptick in cyclist deaths on NYC streets.

The plan calls for new bike lanes to eventually extend to Atlantic Avenue.