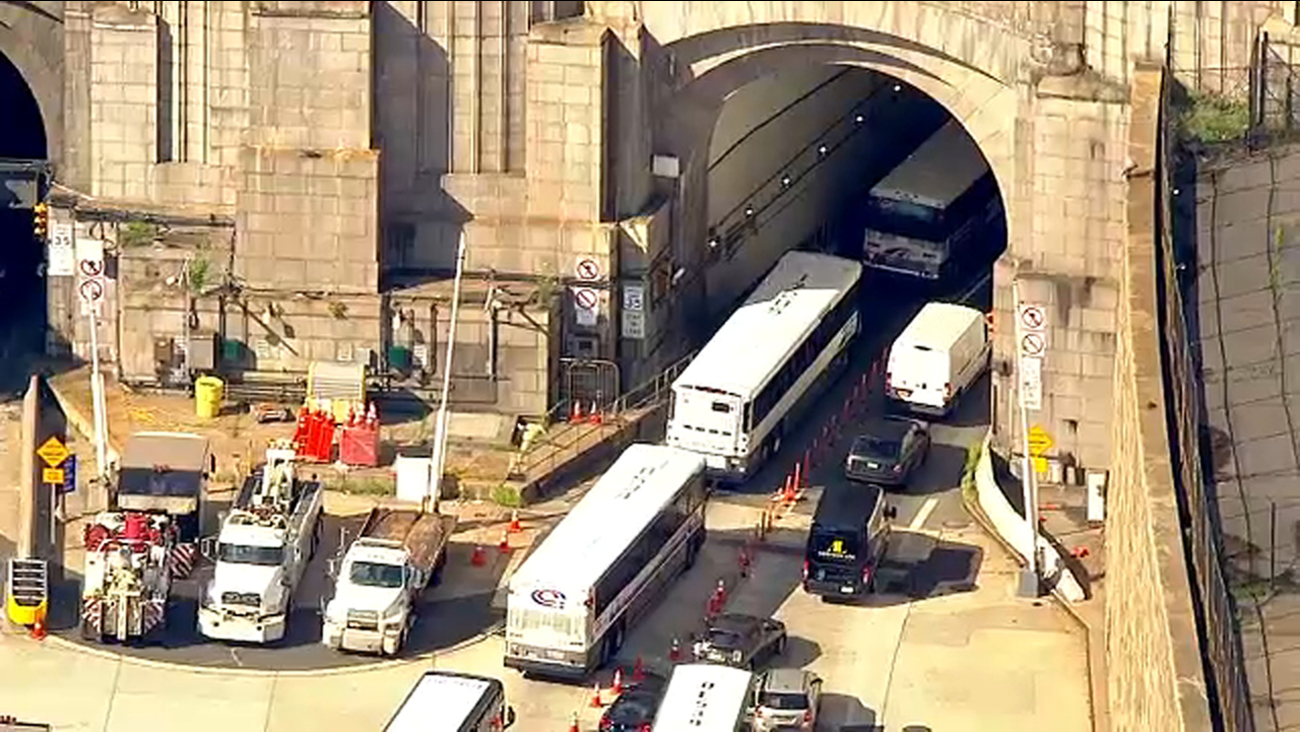 NEW YORK (WABC) -- A plan is in the works to use technology to boost bus capacity at the Lincoln Tunnel.

The Port Authority will start testing driver assistance sensors that will let buses cruise through their express lane into Manhattan at higher speeds.

The idea is that by cutting the space in between buses and making it easier to turn, bus capacity could increase by 30-percent.

That would amount to 200 more buses carrying 10,000 more passengers during the peak hour on weekday mornings.

The program is aimed at meeting the demands of the growth of bus ridership projected over the next 20 years.

The Port Authority approved a $4.8 million demonstration program to test the technology in the Lincoln Tunnel's Exclusive Bus Lane.

"The Lincoln Tunnel's Exclusive Bus Lane was a groundbreaking innovation when it first opened in 1971 and it remains a key element of the trans-Hudson transit network," said Port Authority Chairman Kevin O'Toole. "The XBL is the most productive highway lane in the nation in terms of the passenger trips it carries, but the lane's popularity has made it a victim of its own success. Today's demand in the XBL far exceeds the bus capacity it can accommodate. This demonstration program will begin to explore how technology can maintain this lane as a reliable mass transit operation into the future."

Two firms will be testing the technology off-site and then on early weekend mornings on a closed Exclusive Bus Lane.