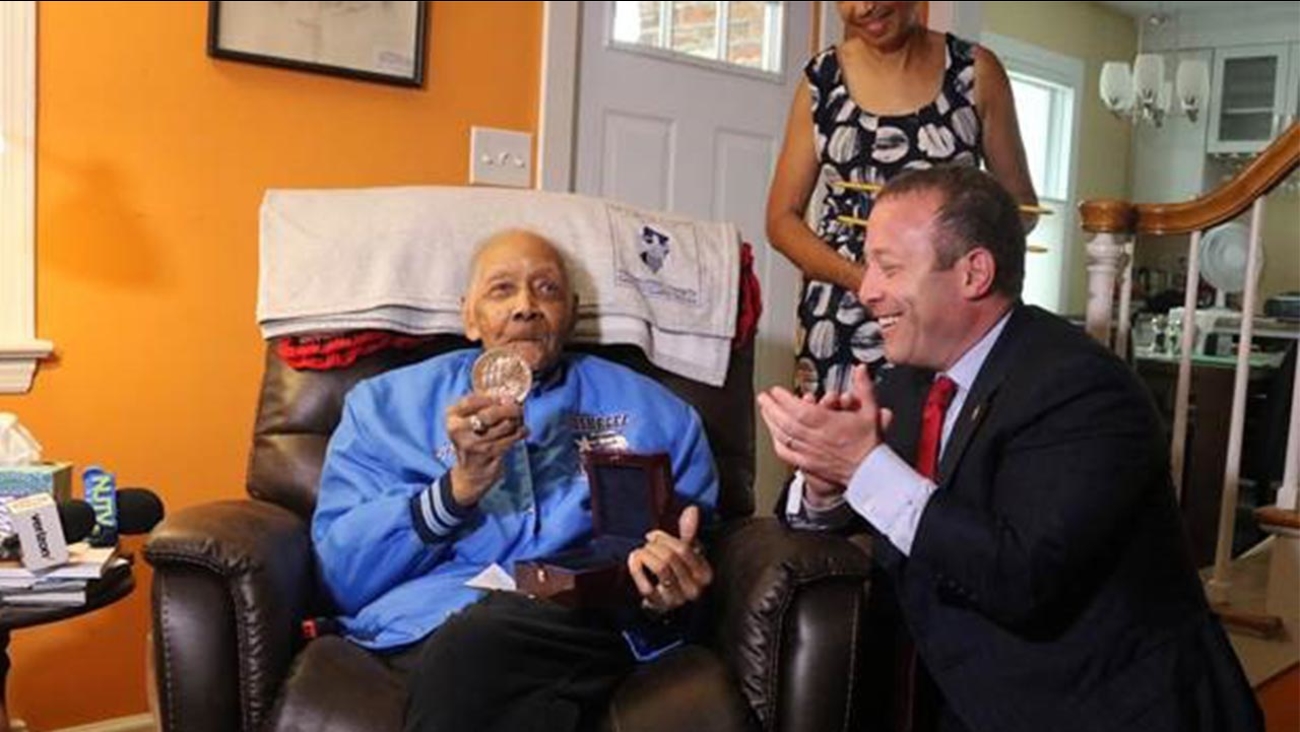 U.S. Congressman Josh Gottheimer presented the medal Wednesday to Private Roscoe Draper at his home in Westwood on Wednesday.

A former Tuskegee Airman himself, Private Draper served from 1942 to 1945, where he trained pilots who served in World War II.

"Tuskegee Airmen" refers to all who were involved in the "Tuskegee Experience," the Army Air Corps program to train African-Americans to fly and maintain combat aircraft at a time when the military was highly segregated. Despite virulent discrimination and segregation, the Tuskegee Airmen went on to become some of the most highly respected fighter groups of World War II.

"Private Draper has lived a remarkable life and his service to our country is an example to us all," Gottheimer said. "He embodies so much that is great about our country. Despite facing intense discrimination, Private Draper stepped up and served our country during World II, protected our democracy and freedom, and we are so much better for it. I am incredibly grateful for Private Draper's service and the opportunity to afford him the recognition he so truly deserves."