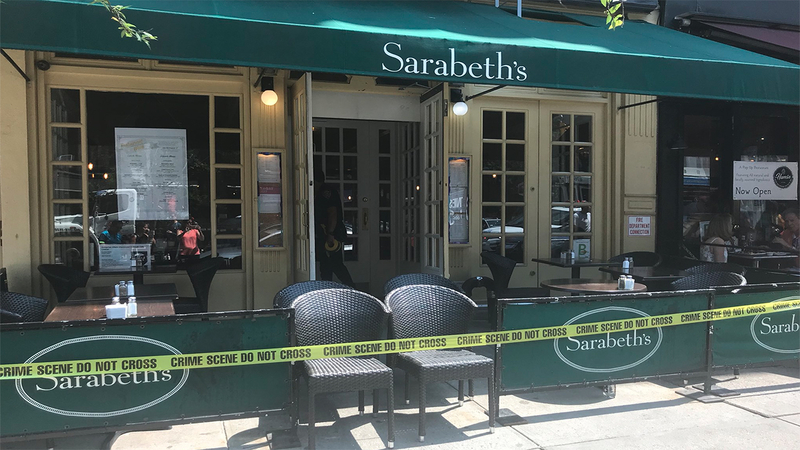 UPPER WEST SIDE, Manhattan (WABC) -- Police say a man jumped out of a restaurant freezer in Manhattan Sunday and started attacking employees, then died later at a hospital.

According to the NYPD, the incident happened at about 11 a.m. at Sarabeth's Restaurant on Amsterdam Avenue at West 80th Street on the Upper West Side.

After workers opened the restaurant Sunday morning, they made their way to the walk-in freezer in the back.

When they opened the door, police say 54-year-old Carlton Henderson jumped out and began fighting with the startled employees, who were able to subdue him.

Henderson, who was from Arizona, suffered some sort of medical condition and 911 was called.

Police and EMS transported the man to St. Luke's Hospital, where he was pronounced dead. The Medical Examiner will determine the cause of death.

It is not known whether Henderson was in the freezer the night before or went in Sunday morning.

There is no known criminality at this time.

The restaurant was back open for business Monday.