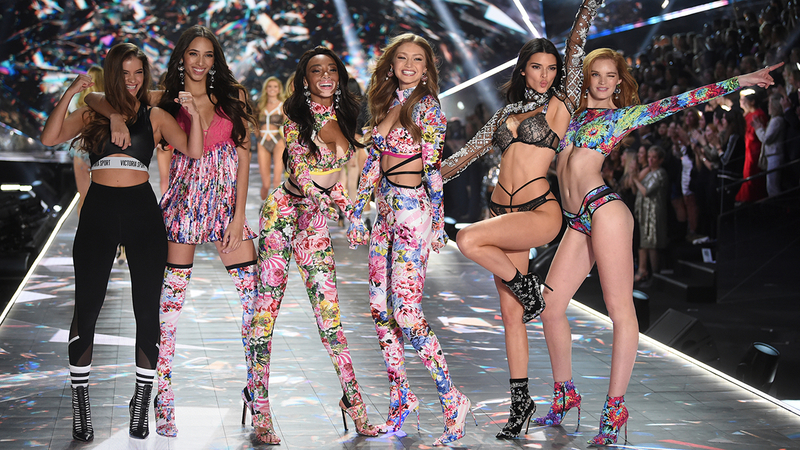 NEW YORK (WABC) -- The annual Victoria's Secret Fashion Show is back in Manhattan after a two-year absence, and this year, it's on a new network.

The show was taped in early November and will be broadcast December 2 at 10 p.m. on ABC. It will be seen in 190 countries.

Dozens of models from all over the world appeared on the pink carpet at Pier 92 by the Hudson River.

An emotional Adriana Lima bowed her head in thanks and crossed her hands over her heart as she made her 18th and final runway walk in the Victoria's Secret Fashion Show, her long white feather "angel wings" gently blowing as the crowd cheered.

A tribute video played during taping of the extravaganza, declaring Lima "the greatest angel of all time" while Fatboy Slim's "Praise You" played.

The Struts, Shawn Mendes, The Chainsmokers, Rita Ora, Bebe Rexha, Kelsea Ballerini and Halsey performed on the runway at a downtown Manhattan venue.

Among the 60 models were sisters Bella and Gigi Hadid, Kendall Jenner and Winnie Harlow.

Ora briefly walked hand-in-hand with one of the angels during her performance and a stage hand later fetched a piece of her gold jewelry that fell to the runway. Mendes was dressed in black and slung his acoustic guitar on his back as he sang while Gigi Hadid managed a huge parachute-like set of floral wings that caught the air like a massive windsock. He sang "Lost in Japan."

Jenner took to the runway in a black and silver bikini look and a set of stiff black feathers adorned with glitzy stars. For another round on the catwalk, she donned a tiny plaid kilt skirt with a mismatched plaid train and bra as she smiled. Harlow, a newcomer to the show, walked in sparkly silver with pink feather adornment.