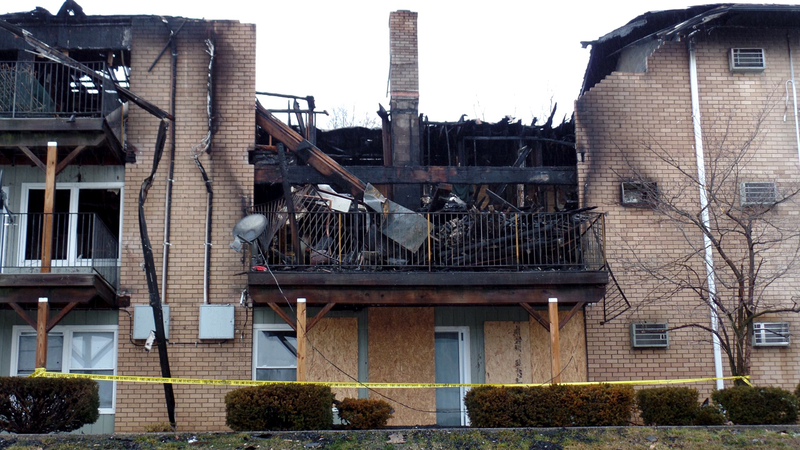 The fire broke out juat after 1 a.m. in the Crestwood Apartments in Wallkill. Strong winds fanned the flames and caused the fire to spread quickly.

By the time firefighters arrived at the scene, the entire building was engulfed.

This is cellphone video showing the fire:

Cell phone video captures spectacular fire overnight at the Crestwood apartments in Wallkill. One section of the complex has been condemned pic.twitter.com/pj7cup39Al

It took firefighters several hours to bring the fire under control.

Tuesday afternoon, town officials inspected what was left of the building -- the center unit in the complex.

More than a dozen families have been displaced, and two residents were taken away on stretchers. Those are the two in critical condition. Three others were treated for injuries in the fire.

The building has since been condemned, and the Red Cross is helping displaced residents.