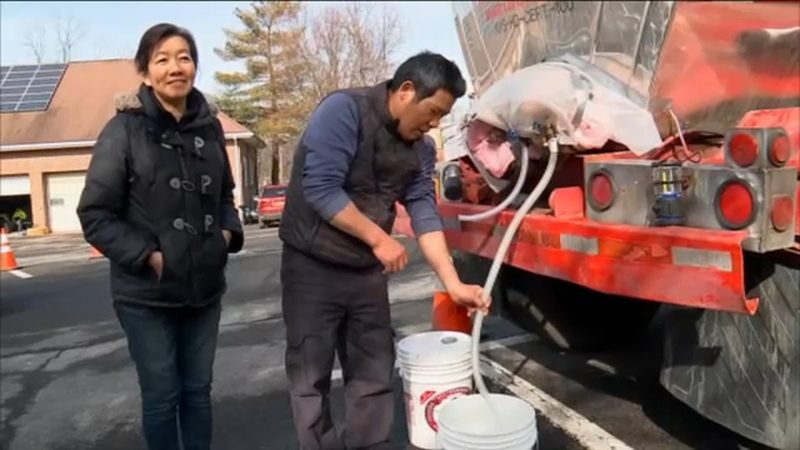 NEW PALTZ, Ulster County (WABC) -- New Paltz residents can drink the water again after samples tested showed no detectable levels of petroleum compounds following contamination by a damaged fuel line that led to complaints about the taste and smell of the water.

"Following swift deployment of state resources and the isolation of the contamination source, our extensive testing shows no detectable levels of petroleum compounds in the New Paltz water system and that the water is safe to drink," Cuomo said in the statement.

The middle of the night announcement came as a bit of a surprise, as New Paltz Mayor Tim Rogers had just said earlier in the day that the advisory was expected to remain in effect for "a few more days," noting that "one set of results" is not "going to make us say that we are going to go ahead and remove the advisory notice not to drink water."

Tankers of clean water have been available to residents, around 50,000 gallons supplied by the state, but the advisory made it costly for restaurants to remain open.

Residents are being advised to flush their plumbing systems to remove any lingering old water.