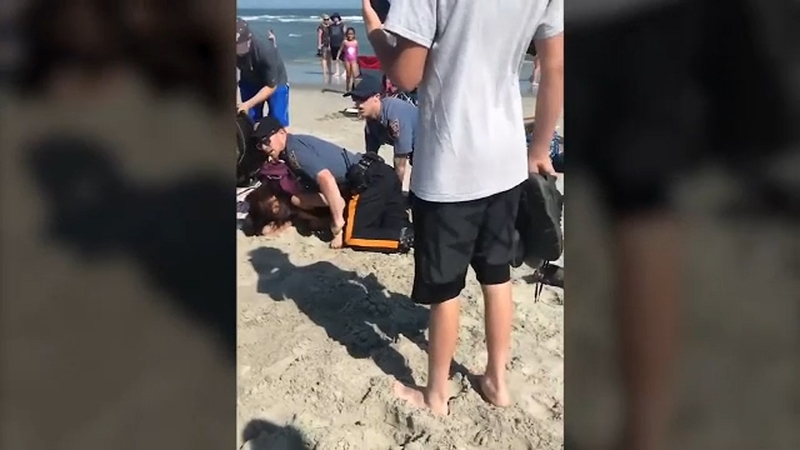 WILDWOOD, New Jersey -- A Philadelphia woman whose violent arrest at a New Jersey beach over Memorial Day weekend last year was captured on video has pleaded guilty to disorderly conduct.

She pleaded guilty Friday in a plea deal with Cape May County prosecutors that called for her to serve a year of probation. She also will be barred from Wildwood and its beaches during that time.

The beach confrontation began when Weinman repeatedly refused to give Wildwood officers her name when they questioned her about the presence of alcohol on the beach. A video shot by a nearby beachgoer showed an officer punching her twice in the head as she lies on the sand, her legs flailing.