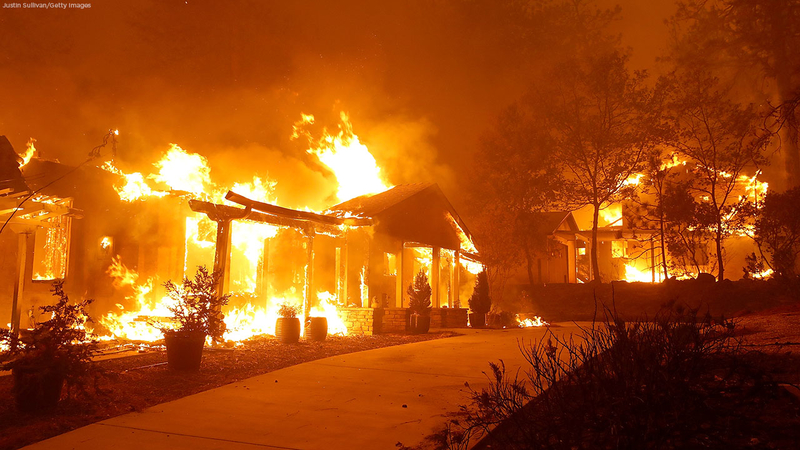 LOS ANGELES -- During the 2019 ESPYS, two NFL teams took time to honor the first responders who fought on the front lines against a series of devastating wildfires that hit California last year.

The Los Angeles Rams and the Kansas City Chiefs won the ESPY for Best Game for their November 28, 2018, matchup at the Los Angeles Memorial Coliseum just days after two devastating wildfires on opposite ends of the state were contained.

"For our team, being in Los Angeles and playing here last fall in the midst of the fires -- it was really powerful seeing all the men and the women who were trying to save as many lives and as many homes as possible," Rams quarterback Jared Goff said while accepting the award.

"As football players, we like to think we work hard. But it definitely pales in comparison with what the real heroes are doing risking their lives in situations like that," he added, "not only here in LA last fall but all around the country every day."

Goff and Chiefs quarterback Patrick Mahones yielded the rest of their time to a group of firefighters who had been invited to the show at the Microsoft Theater. The camera panned to several rows of first responders, who then received a standing ovation from the crowd before the telecast went to a commercial break.