'You took it all away': Mamaroneck mom who killed daughter sentenced to 25 years 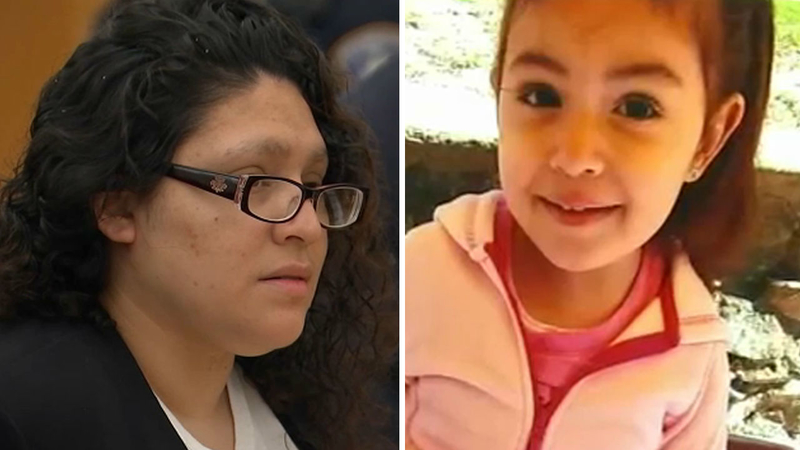 In court, Gabriella Boyd's father, Stephen Boyd told of the impact his daughter's death has had on him and those who loved the child. He directed his comments at Arce saying she did not deserve to be called a mother.

"She was defenseless, she was innocent, and yet you murdered her," he said. "Gabriella was the happiest little girl when she was with us on the weekends, she was laughing smiling, being silly. Later on today, we would have been trick-or-treating -- you took it all away."

Prosecutors said Arce has admitted guilt, but has not expressed any remorse. A note was read that Arce wrote to the child's grandparents from jail, eight months after the killing, saying it was what God wanted.

"Today, we saw justice for little Gabriella Boyd, an innocent child whose life was stolen from her at the hands of her mother. We hope today's sentence will help bring closure to the family who loved her." said Westchester County District Attorney Anthony A. Scarpino, Jr. "No one takes joy in the fact that a mother admits to murdering her child but Cynthia Arce will now pay with her freedom, serving 25 years to life in prison for this heinous act, our police officers put their lives in danger every day and we thank them for that. Today, the two who were injured have also received justice through the courts."

Gabriella's parents had been locked in a bitter custody battle.

Police say they went to her Mamaroneck home to enforce a court order to turn Gabriella over to her father, but they were turned away. The next day, officers responding to a 911 call found Gabriella unresponsive on her bed.