James Harden sings praises of Luka Doncic: 'Mavs got a special one' 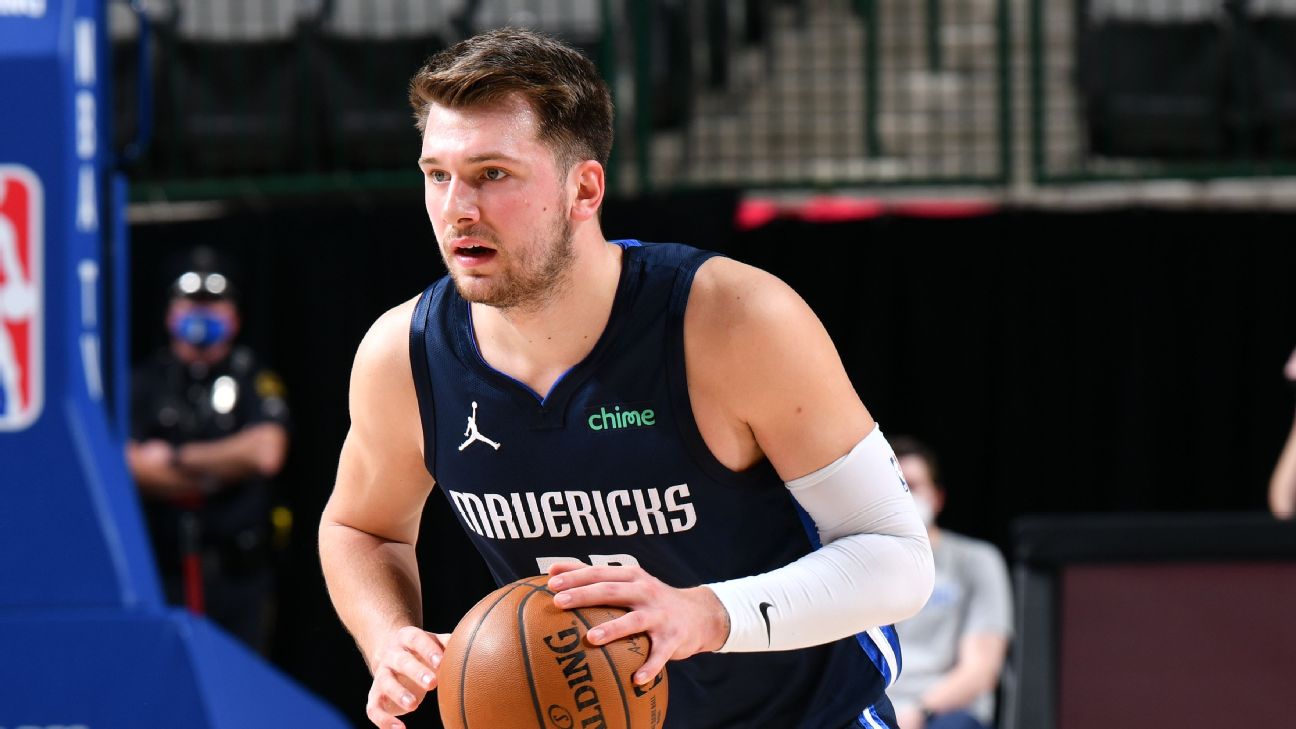 Dallas Mavericks star Luka Doncic has inspired comparisons to legends such as Larry Bird and Magic Johnson less than 2 seasons into his NBA career.

Among active superstars, Doncic's game might be most similar to that of perennial MVP candidate James Harden, who acknowledged Saturday night that he considers those comparisons legitimate.


"There are some similarities," Harden said after the Mavs' 115-98 road winsnapped theBrooklyn Nets' eight-game winning streak. "He never lets anyone speed him up, and he gets what he wants. That's rare for a guy at a young age. I think he's 21 years old. And to be able to dictate the game and control the game like he does, we all know he has a very, very bright future.

"The Mavs got a special one."

Harden's comments weren't necessarily a reaction to Saturday night's game, in which he was the lone All-Star available for the Nets with Kevin Durant (hamstring) and Kyrie Irving (injury maintenance) sidelined.

"Whoever is in the lineup and suited up has to be better, and that starts with me," said Harden, who had 29 points and six assists but was held to only four points after halftime.

Doncic had 27 points on 11-of-21 shooting, six rebounds and seven assists in the win, an impressive but routine performance for a player who averages 28.5 points, 8.4 rebounds and 9.0 assists per game.

Nevertheless, Doncic was flattered when he heard about the praise from Harden.


"It's something you can't even describe if somebody like that says something about you," said Doncic, who has previously spoken about studying Harden, specifically his step-back jumper and ability to draw fouls. "It's just amazing. I really appreciate it. I watch him. He's an unbelievable player and just really special."

One major factor in the Mavs' resurgence has been several players recovering from COVID-19 and regaining their rhythm. Starters Maxi Kleber, Dorian Finney-Smith and Josh Richardson and reserve Dwight Powell all missed extended stretches because of the coronavirus, and backup point guard Jalen Brunson also missed several games because of health and safety protocols despite never testing positive.

The other big development during Dallas' turnaround has been perhaps the best stretch of Doncic's spectacular young NBA career.

Doncic, who turns 22 on Sunday, has averaged 31.6 points over the past nine games, shooting 51.6% from the floor and 46.1% from 3-point range. He has had the three highest-scoring regular-season performances of his career -- 46, 44 and 42 points -- during the span and also averaged 7.3 rebounds and 7.9 assists, carrying the Mavs much like Harden did the Houston Rockets for eight years before being traded to Brooklyn this season.

"Harden has been in a situation the last few years where the offense has really revolved around him," Mavs coach Rick Carlisle said. "With our team, it does around Luka similarly, but our style is a little different than Houston and Brooklyn. Both of these guys are generational-type players. There's no question about it." 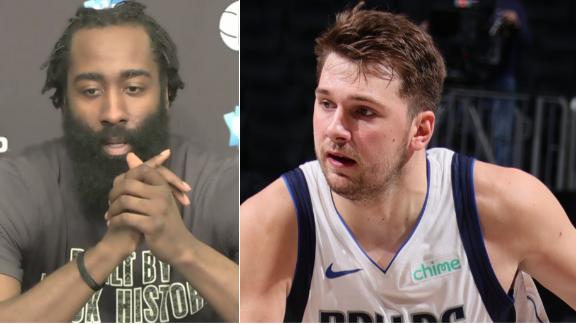