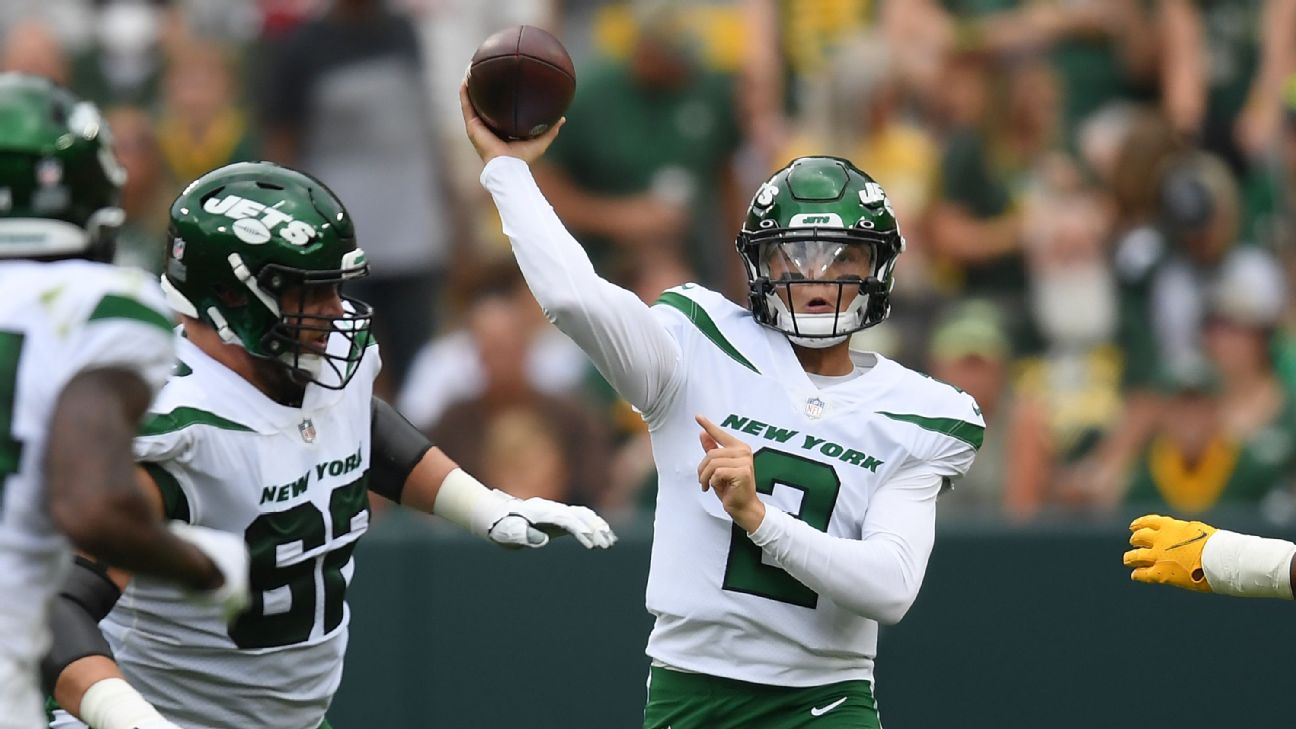 Their next meeting will have greater meaning.


On Sunday, Wilson will face his predecessor, now the Carolina Panthers' starter, in a season opener thick with storylines. Both players insisted Wednesday they're not focused on outdoing the other.

"That's definitely not something I think about," Wilson said. "He's doing his own thing now. He's got a great situation going for him. I think the organization already decided to go one way, and it's not because Sam isn't a good football player. It's just that they wanted a fresh start."

Darnold, speaking to reporters in Charlotte, North Carolina, downplayed the significance of the matchup. When it was suggested that it's not just another game, Darnold replied, "But it is."

After months of speculation, the Jets traded Darnold to the Panthers on April 5, receiving in return a 2021 sixth-round pick, plus second- and fourth-round picks in 2022. It was a major, if not stunning shift by the Jets, who drafted Darnold third overall in 2018. They once considered him their long-term answer, but he struggled last season. With a new coaching staff in 2021, they decided to start over.

At the time of the trade, they already were focused on Wilson, whom they wound up picking second overall. The Jets actually considered keeping Darnold and drafting Wilson.


"(That idea) went pretty far," Jets coach Robert Saleh said. "Obviously, you see how far in the process Sam was traded. I'll go ahead and say it: We pretty much knew we were taking the young kid, so the discussion with Sam was if somebody was going to make an offer we couldn't refuse."

Wilson has impressed on and off the field. On Wednesday, he was announced as one of their five permanent captains, as voted by the players. It's unusual for a rookie to receive that honor. In 2018, Darnold wasn't a rookie captain.

"It's a role to take seriously," Wilson said.

"I was like, 'Oh, look at that,'" he said. "I think it's more of a testament to him, the way he has been able to conduct himself here. You go to the cafeteria and he's hanging out with the O-linemen. He's got an infectious personality. It's a credit to him and the way he's handled himself so far."


When Wilson and Darnold met before the draft, they had no idea their careers would be intertwined. They exchanged pleasantries that day in California.

"He's a super-cool guy," Wilson said. "We just talked about life in the NFL."

Darnold admitted after the trade that he was stung by the move, saying he always envisioned his entire career with the Jets. Now he has a chance for a small measure of redemption.

"Honestly, we're all excited in the locker room to play football -- play in front of a crowd, especially here in Charlotte," he said. "Just to have the fans back that's amazing. We've all been looking forward to it a really long time. I'm excited to play the Jets and see what this football team can do. I'm excited to just play consistent and play within myself.'' 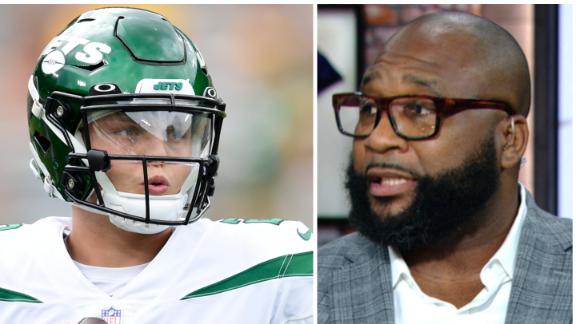