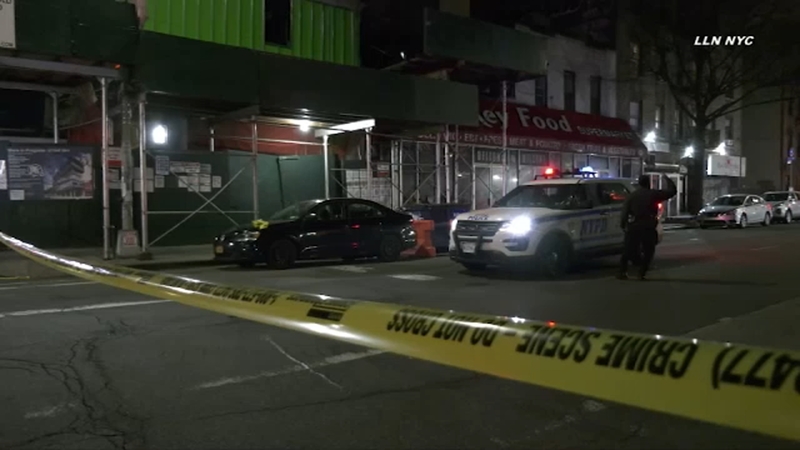 12-year-old shot during altercation in Brooklyn

BED-STUY, Brooklyn (WABC) -- Police are trying to find the person who shot a 12-year-old in Brooklyn on Saturday.

The 12-year-old was walking down the corner of Malcolm X Boulevard and Madison Street in Bed-Stuy just before 10 p.m., according to authorities, when he felt pain and realized he was shot in the chest.


Police say there was an altercation between two groups when the shooting took place.

The boy stumbled in the nearby liquor store and collapsed.

The child was taken to the hospital and is expected to survive.

Police are searcing for a suspect in a fatal stabbing in Washington Heights.

Police do not believe the child was the intended target. They are still looking for at least one suspect. They are looking through security camera footage from inside the liquor store, hoping to find out more information.