Olympic gold medalist Kayla Harrison to get into MMA 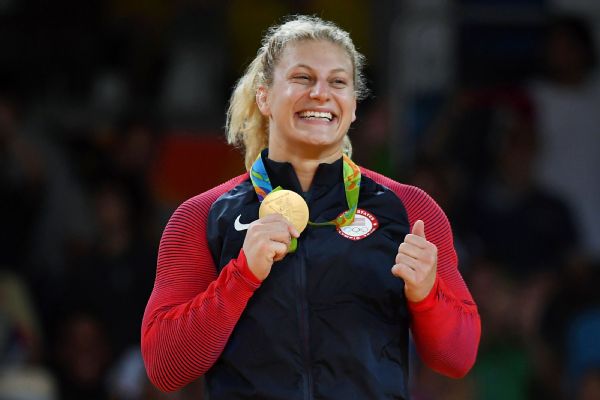 Harrison, 26, told USA Today she has signed a deal with World Series of Fighting. In addition to making her professional MMA debut with WSOF, she will also serve as a commentator, beginning Dec. 31.

"I've been boxing and doing jiu-jitsu and all that, and the biggest thing for me, really, is that I miss competing," Harrison told USA Today. "I miss fighting on the highest stages of the world, and the World Series of Fighting really gave me a great opportunity."

No date has been set for Harrison's MMA debut, although she said she would likely need at least one year of training. She competed at 78 kilograms (172 pounds) in judo.

Harrison, who resides in Massachusetts, is the first U.S. judoka to win two Olympic gold medals. She medaled at the 2012 London games and again this year in Rio de Janeiro.

Immediately after securing her second gold medal, Harrison expressed doubt regarding a transition into MMA. Ultimately, she has decided to follow in the footsteps of 2008 Olympic bronze medalist and UFC star Ronda Rousey. The two were actually roommates at one point, during their respective judo careers.