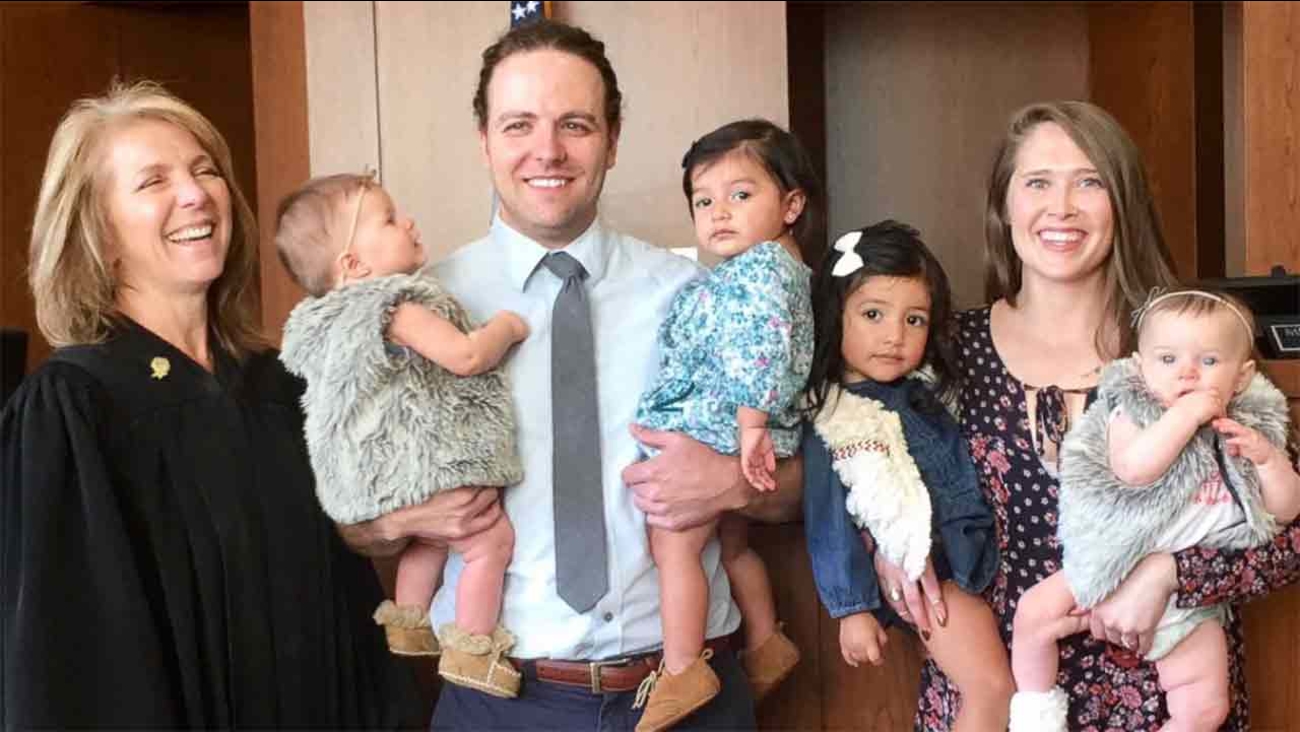 UTAH -- It was a long road for a Utah family of six becoming whole. But the stars finally aligned, with mom explaining that the adoption of their four daughters all happened at once.

Kaley tells ABC News that adoption was always part of her life plan. "Ever since I was a teenager, and I knew what fostering and adoption was, I wanted that to be a part of my life whether I was able to have children biologically or not."

Kaley was diagnosed at a young age with rheumatoid arthritis and lupus. As she explains, lupus medication will kill an unborn baby.

When they started down the road of adoption, they were met with tragedy.

Jeremy and Kaley had been working with a birth mom. Kaley says, "Since February, I went to every doctor appointment with her. We were taking care of her and at times, her 2-year-old son. But then when the baby was born (in July) she changed her mind."

The woman was later arrested for child sex trafficking. The Carlings immediately began petitioning for custody of the two children, but the baby was given to a relative. Kayley says both the baby and the family member were murdered shortly thereafter.

The same day the Carlings learned of the tragedy, they also got a call from social services that Haven and Indie were available to foster.

And that very same day -- "a day I'll never forget," said Kaley -- the couple also got the call from the birth mother of the twins that was going to relinquish her rights to the Carlings.

Oct. 19 and 20, Kaley said, was the day the roller-coaster ride came to an end. All four girls were adopted: Haven and Indie on Oct. 19 and Sunny and Weslie on Oct. 20.

"I can't explain the feeling," she said. "I feel like kids could even feel it, we all felt a massive sense of relief. The time had come for us to just be a normal family."