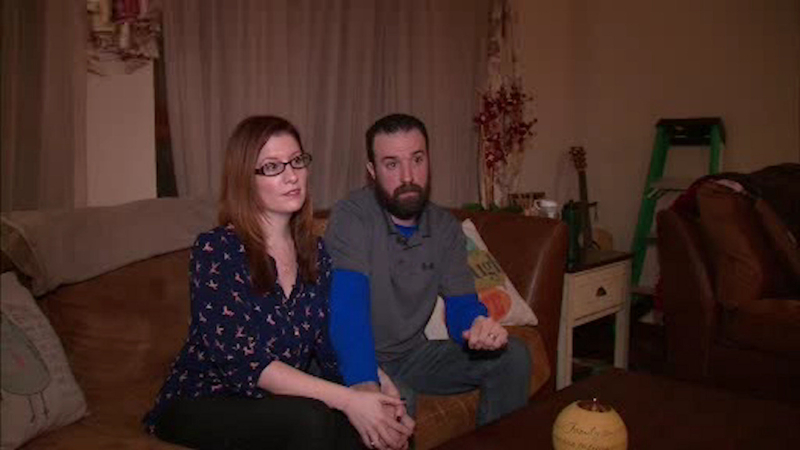 NEW YORK (WABC) -- There is confusion, disappointment and heartache after an adoption center with offices in 16 states, including New York, suddenly closed its doors across the country.

Hundreds of families with their dreams and thousands of dollars invested in the adoption process are now left with nothing.

"Just complete devastation, shock. Not wanting to believe that it's real, and then realizing it was," said Lisa Curra, prospective parent.

For Jason and Lisa Curra, it's having their whole world toppled over, flipped upside down.

And it's happening so fast. "We're just kind of going through the motions and feeling so out of control," Lisa said.

The Mount Sinai couple has been trying to become parents for eight years now.

3 years ago, they started using the Independent Adoption Center (IAC) to make their dreams come true.

But then Tuesday, with no warning that long journey abruptly came to an end. They got the devastating news in an email.

On Tuesday, IAC closed its doors and declared bankruptcy.

By the time the couple got the email, no one was even answering the phones at IAC.

"First it was anger for me. Secondly, it was just this doesn't make any sense," Lisa said.

The $15,000 they paid that they may never get back is just the tip of the iceberg.

There's the emotional roller coaster their parents and families have been through, there's friends who threw countless fundraisers for them, and then there's the hundreds of other families nationwide affected; both waiting to adopt and those waiting to be adopted.

"What happens to those children and families who did match?" Lisa said.

"Or a birth mother that was talking to a counselor to get help and now they have nobody to call?" Jason said.

IAC in a statement said, "We are extremely sorry that we have to end IAC's 34 year legacy in this manner."

And then there's the paperwork that took years to compile that is all sitting somewhere at the New York office in Chelsea.

But what this couple says they really lost is something more valuable than money, or time, they've lost trust.

"We were desperate to become parents. And you will believe anything to become parents. They need to be held accountable," Lisa said.
Related topics:
family & parentingnew york citymount sinaichildrenbankruptcyfamilyadoption
Copyright © 2021 WABC-TV. All Rights Reserved.
TOP STORIES
NYC voters head to the polls, all eyes on mayoral race
Voting hours, the candidates and more to know about NYC's mayoral primary
NYC Primary: What is ranked choice voting?
When will we know who wins NYC's mayoral primary?
Here's why each of the 8 Democrats say they want to be mayor of NYC
AccuWeather: Mostly sunny, but watch for rip currents at the beach
Tourist punched, hit with bottle in unprovoked assault on subway
Show More
NYC subway station gets makeover for Meryl Streep's birthday
Corbin Bleu announced as 2021 Jimmy Awards host
Golden Retriever Chunk, missing for 2 weeks, rescued from Barnegat Bay
MTA sets pandemic-era ridership records on subway, LIRR, Metro-North
'Mare of Easttown' fans warned to stop trespassing
More TOP STORIES News