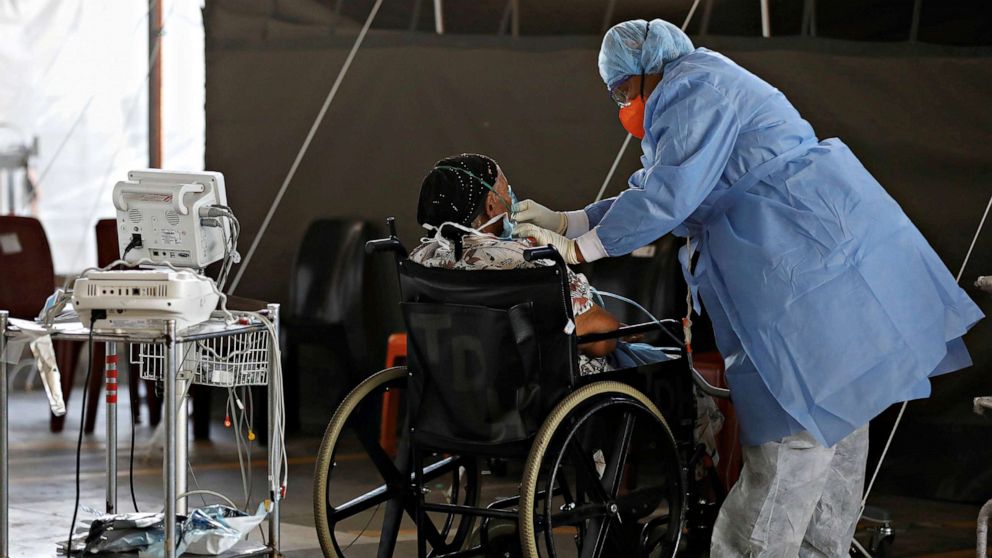 LONDON -- The first shipments of COVID-19 vaccine arrived in South Africa on Monday amidst concerns that new coronavirus variants and "vaccine nationalism" are hindering efforts to control the pandemic.

One million doses of the AstraZeneca vaccine, developed in partnership with the University of Oxford and manufactured at the Serum Institute of India, were expected to be delivered. To date, South Africa has been the hardest hit nation on the African continent, with 1,453,761 cases and 44,164 deaths, according to data compiled by Johns Hopkins University.

Cyril Ramaphosa, the president of South Africa, welcomed the news of the vaccine shipment as a "major milestone."

"Today marks a major milestone in our fight against the #coronavirus pandemic as we receive our first consignment of the vaccine," he posted on Twitter. "This batch will benefit our healthcare workers who have been at the forefront of keeping us all safe."

"We thank all South Africans and all the researchers who have contributed toward ensuring the successful development of the vaccine," he added.

According to South African media reports, the government has secured over 42 million COVID-19 vaccine doses. Several million of those doses are expected to come through the WHO-backed COVAX scheme, designed to ensure that lower and lower-middle income countries have access to enough doses to inoculate their populations.

In recent weeks, however, the WHO has warned that may not be enough.

"The world is on the brink of a catastrophic moral failure," Dr. Tedros Adhanom Ghebreyesus, the director-general of the WHO, said in January. "The price for this failure will be paid for with lives and livelihoods in the world's poorest countries."

"That simply is a recipe for disaster," he said."We have to think about that.We've got to suppress viral replication across the world and we've got to do so. In order to do so. We've got to make vaccines equitably available."

Viral replication is one of the ways in which new variants of the virus can emerge, he said.

A "variant of concern" originally detected in South Africa can now be found in several other countries, including the U.S. Experts warn this variant may have an impact on the efficacy of the current vaccines available. Karim said the variant could be up to 50% more transmissible than pre-existing variants.

Karim is now calling for more countries to improve their genomic testing, he said.

"It's really worrying because if this virus can do that here, it can do it everywhere," he explained. "And that's the change we're seeing now. We don't know what the next set of changes are going to be or even if they are going to be another set of changes. So, this has created a lot of uncertainty and it tells us that we have to be much better prepared."