2 men shot, 1 fatally, while sitting in car in Queens 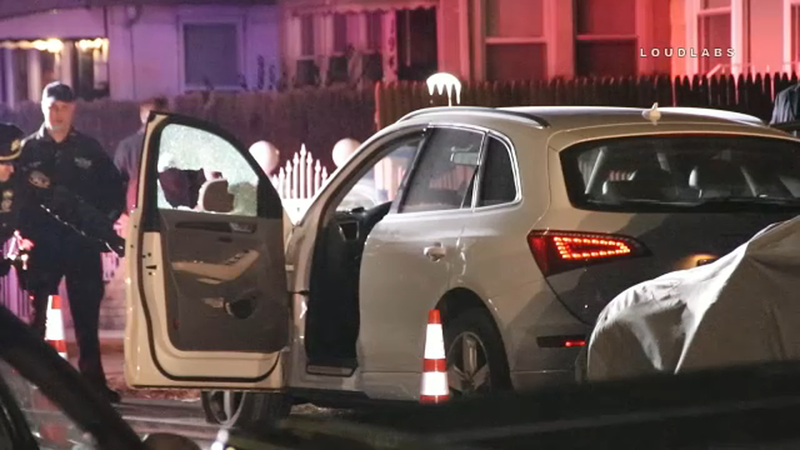 2 men shot, 1 fatally, while sitting in car in Queens

ST. ALBANS, Queens (WABC) -- Two men were shot, one of them fatally, while sitting in a car in Queens late Sunday.

"I was up there watching a movie and I heard five gunshots," said Meshal Singh, a neighbor. "After the shots, like two seconds later, the car just drove off."

When police arrived to 196th Street, they discovered two men with gunshot wounds inside of a 2012 Audi SUV.

The 33-year-old driver was shot in his head and chest and died at the scene.

The 31-year-old front seat passenger was found behind the vehicle with gunshot wounds to his chest and legs.

He was rushed to Jamaica Hospital in critical but stable condition. He is expected to survive.

Police are hoping the victim can give them insight as to what led up to the shooting.

"We just saw the car speed off and the gentleman running on foot behind it," said Tandi Singh, a neighbor.

So far, there are no arrests. The investigation is ongoing. Witnesses say the getaway car was black.