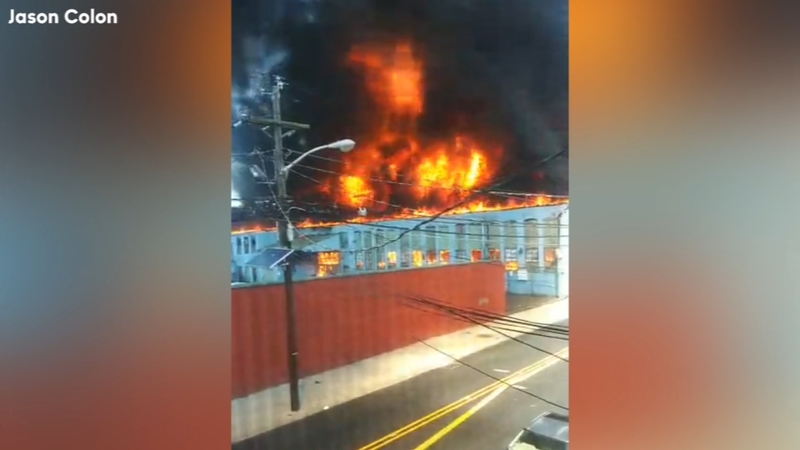 Hundreds displaced after fire in Paterson

The five-alarm fire broke out at 410 Straight Street.

Looks like a serious fire in Paterson NJ. BLOCKS east of international high school. I hope everyone is OK. pic.twitter.com/FoBQAAx7e0

All building occupants were evacuated, and no injuries were reported, said Paterson Mayor André Sayegh.

Paterson fire officials say part of the building collapsed within 40 minutes of the start of the blaze, and an explosion was also heard, possibly a barrel containing "some substance."
"The explosion was really intense," Fire Chief Brian McDermott said. "The barrel went up 300 feet easily, blew the roof off."

Little Falls, Hackensack, and Fair Lawn were among the fire departments that assisted in battling the flames.

The Red Cross will provide shelter for the displaced residents.
The cause of the fire remains under investigation.

Catholic Charities of the Diocese of Paterson owned the building, and diocese officials called its destruction a huge loss for the diocese and the community at large.