Thousands of runners compete in the 2019 United Airlines NYC Half 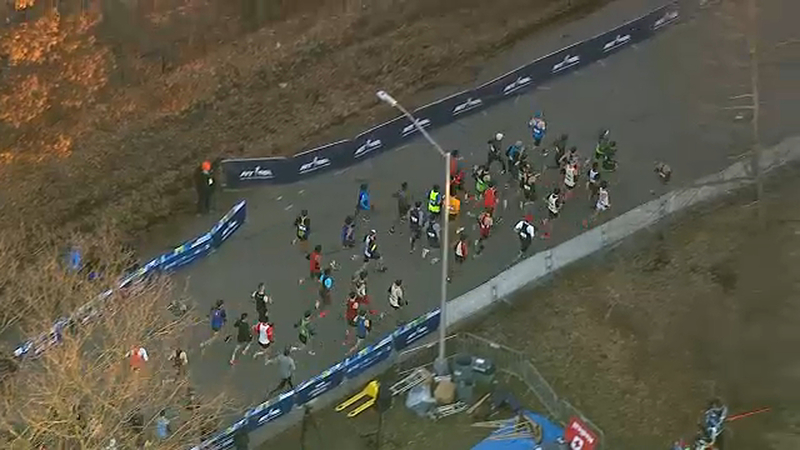 NEW YORK, New York (WABC) -- Thousands of participants were off and running Sunday in the 2019 United Airlines NYC Half.

The 14th running of the race took more than 25,000 runners on a 13.1-mile park-to-park tour from Brooklyn to Manhattan.

The men's winner was Ethiopia's Belay Tilahun, while Kenya's Joyciline Jepkosgei won in the women's division.

The 24-year-old Tilahun completed the course in 1:02:10, overtaking Eritrea's Daniel Mesfun, who led for the majority of the race but finished six seconds behind.

Jepkosgei, the world record-holder in the half marathon, won her first-ever solo race in the United States in 1:10:07. Mary Ngugi, also of Kenya, finished one minute later in second.

Daniel Romanchuk and Tatyana McFadden, both of the United States, won the wheelchair divisions.

In addition to the professional athletes and 25,000 citizen runners, nearly 1,000 youth runners participated in 1200-meter heats through Times Square in the Rising New York Road Runners race at the United Airlines NYC Half.