WABC
By Eyewitness News
SOUTH BRONX, New York City (WABC) -- Witnesses are describing the moments of panic and horror during a deadly shooting inside a Bronx hospital Friday.

Seven people were shot, one fatally, while others were injured fleeing the gunfire. Authorities say Bello died of a self-inflicted gunshot wound after apparently trying and failing to set himself on fire.

RELATED: What we know about the suspected gunman in hospital shooting

According to a law enforcement official, the shooter was wearing a lab coat and had the rifle concealed inside it.

Doctors reportedly refused to evacuate and insisted on treated the wounded right inside the hospital, and many other stories of heroism emerged from the tragedy.

One man, Eric Fisher, described the situation inside the hospital as he was locked in a bathroom with his wife, mother-in-law and newborn son.

The newborn, Ethan Reese Fisher, was in an incubator in the bathroom. 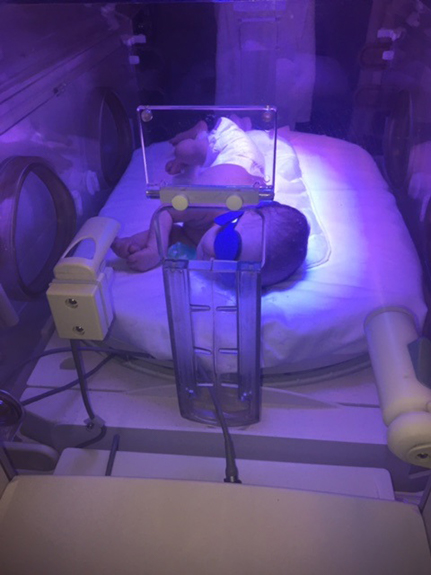 The parents had come in for a routine checkup with a pediatrician when the shooting unfolded.

Watch our interviews with witnesses and bystanders in the video players below:
EMBED More News Videos

Marcus Solis speaks with a hospital employee who followed security protocol during the shooting.

Rob Nelson interviews a man whose fiancee called him during the frightening ordeal.

CeFaan Kim caught up with an EMT employee that heard gunshots while assisting a patient.

A.J. Ross interviews a hospital employee who was on break at the time of the shooting

Marcus Solis interviews a patient's son whose mother was in the hospital during the shooting.

Marcus Solis spoke with a man whose loved one was in the emergency room during the shooting.