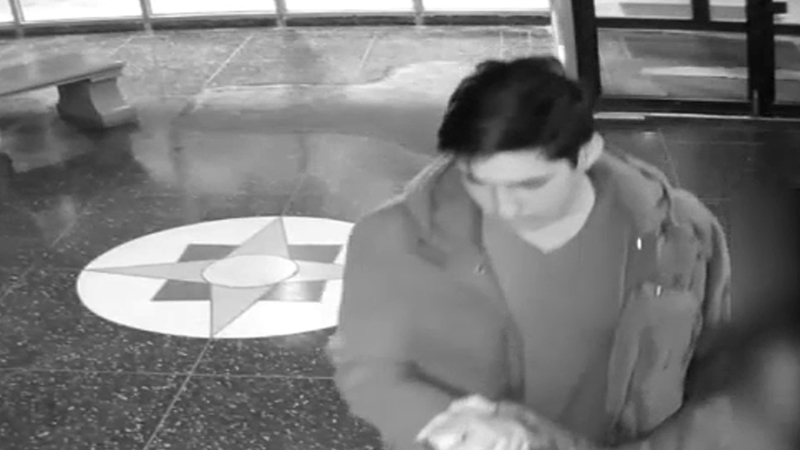 SHEEPSHEAD BAY, Brooklyn (WABC) -- Police say a man hit a 71-year-old woman with his car in Brooklyn, then helped her get home and gave her his information before leaving.

The only problem is that authorities say he gave her the wrong information, including a false phone number and license plate number.

It happened back on December 7, as Sonya Nasimova was walking on the corner of Quentin Road and East 21st Street in Sheepshead Bay. The driver reportedly had his son in the car with him.

"She says she was walking, and he came out of nowhere," said Nasimova's son, acting as her translator because she only speaks Russian. "She realizes she heard the sound of the car hitting her, and she was on the floor."

Nasimova suffered a broken leg and an injured shoulder in the crash, and investigators say the suspect insisted on taking her home instead of calling police. Surveillance video shows the son walking the victim through the building lobby.

The man then left her residence without notifying the police or EMS..

"They dropped her off," Nasimova's son said. "She thought they were being nice. She felt that she was lied to."

Nasimova was in so much pain that she eventually took herself to the hospital, where she was treated. She is expected to be in a leg brace for the next two months.

"She said the pain started on the street, but she was in shock," Nasimova's son said. "When she got home and everything settled down, then she was in a lot of pain, yelling and screaming."

The son is described as a white male, approximately 18 years old. He is around 5-foot-11 with black hair, last seen wearing dark clothing and a winter jacket.