Can the Rangers make a move in standings following games against division rivals? 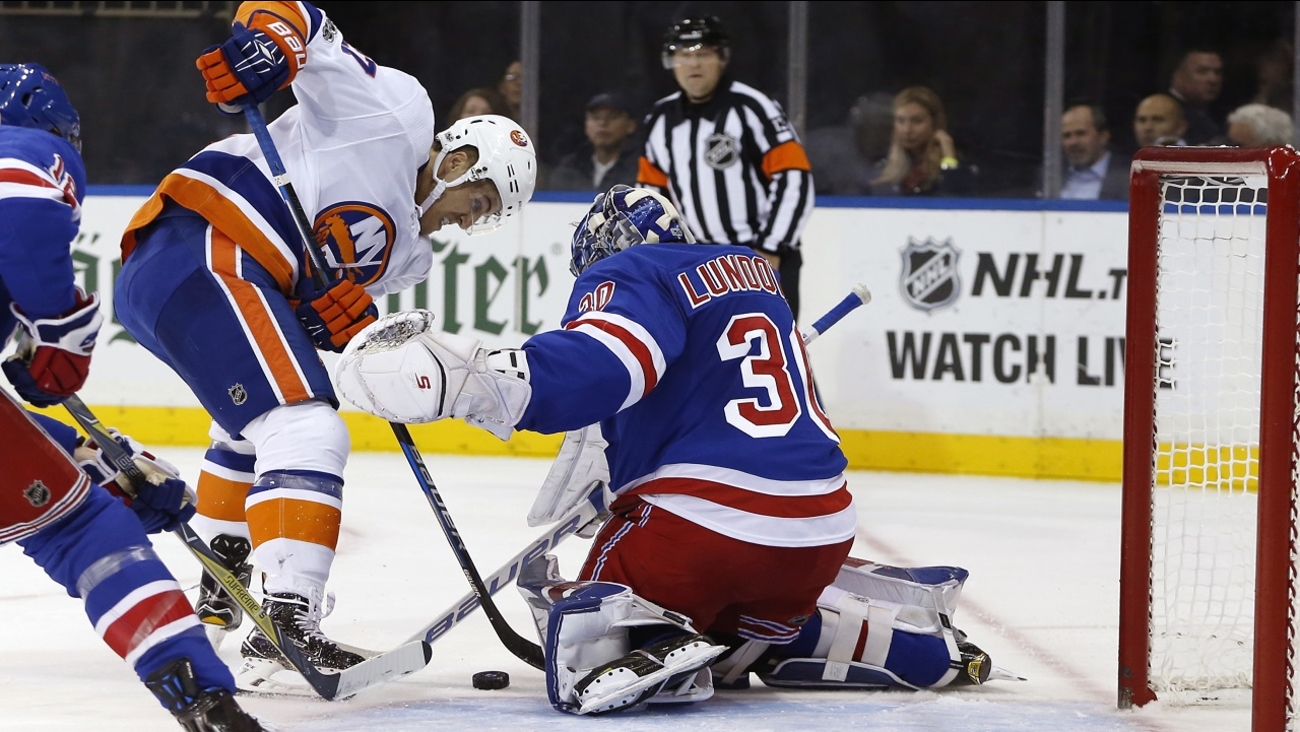 NEW YORK (WABC) -- The Rangers come out of their break on Saturday to face the Islanders in a matinee at Madison Square Garden. Aside from the cross-town rivalry, this match-up brings a certain level of intensity. The Islanders trail the Rangers by three points in the standings, and are currently on the outside looking in at a playoff position.

These games always bring out the best in these two teams, and Saturday shouldn't be any different.

The Blueshirts have to follow up this emotional game by playing in Pittsburgh the following night. In that race, the Rangers lead the Penguins by two points who are also on the outside looking in on a playoff spot. This is the time of the year where teams make their move to solidify their place in the standings to get into the postseason. While some see that their team isn't strong enough for the push to the playoffs, some teams will look to unload talent come the trading deadline on February 26th. The Rangers will play 8 games in the next 13 days, including a trip to the west coast.

Friday after practice, head coach Alain Vigneault had no interest in relying on past successes; "We're in a good position here...we've put our self back into contention, we've got half the schedule left and we are like every time right now fighting to get in." The head coach went on to add that; "We need our top performers to deliver."

Defenseman Brady Skjei was particularity amped for these two upcoming games. The 23-year-old said; "These are huge points for our division. It seems like every game there's movement going on (playoff jockeying). Two divisional teams will be a good test for us --- we're looking forward to the challenge and we're looking for two wins."

The Rangers will only go as far as their world-class goaltender Henrik Lundqvist will take them. His performance thus far this season made him an All-Star selection. "I'm super excited and happy, and honored of course. You play in this league and you want to measure yourself against the best, and you want to compete against them to be at the same level." Lundqvist's performance has been impressive given the sluggish start to the season he and his teammates had. They turned things around and turned an abysmal start into playoff contention.