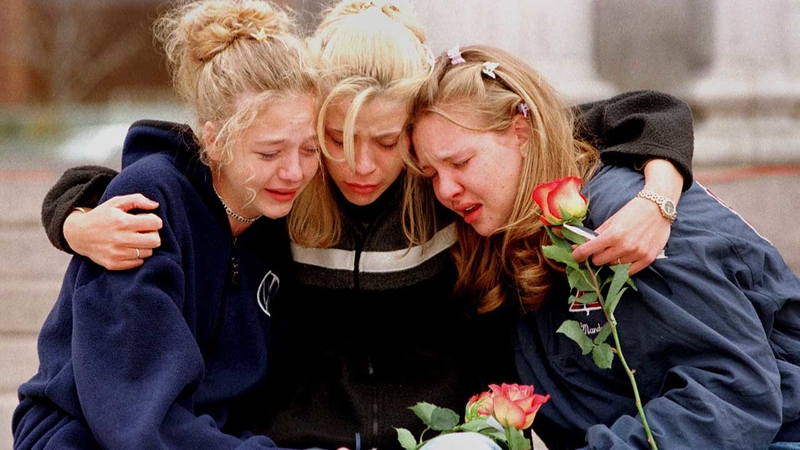 Originally planned as a school bombing in the school's cafeteria, similar in style to the 1995 Oklahoma City bombing, Eric Harris and Dylan Klebold's decision to carry out their shooting spree came when the bombs in two duffel bags failed to detonate. Dressed in trench coats, the pair killed 12 students and a teacher and wounded more than 20 other people.

At the time, the Columbine shooting was the worst high shooting in U.S. history, prompting a national debate on gun control and school safety.

Eyewitness News pulled video from its archives to show you our coverage of the Columbine Shooting the day after it happened. You can watch it in the video player above.