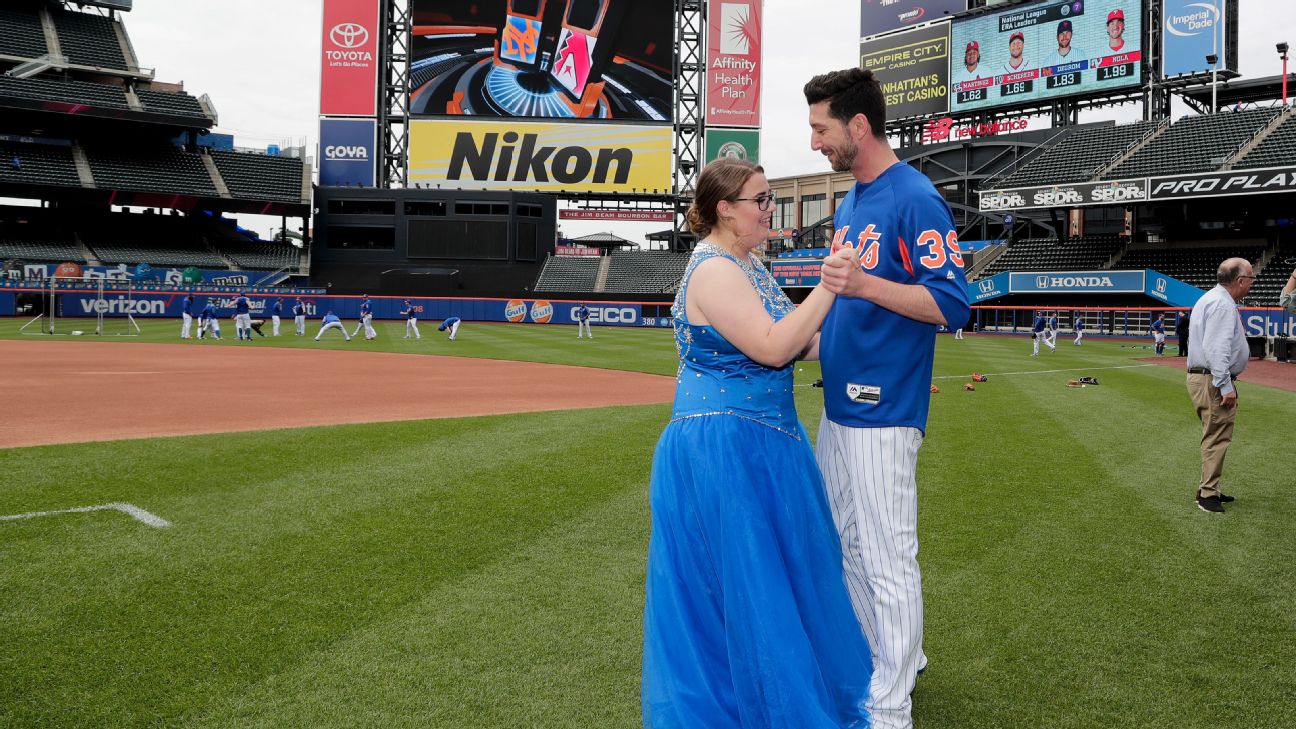 Callie Quinn slid into the Mets' Twitter DMs, and 500,000 retweets later, had the prom of a lifetime.

It started with a tweet on Jan. 19. Quinn, a senior at New Dorp High School in Staten Island, New York, messaged the Mets asking if she could take prom photos at Citi Field. They obliged and even told her some players would join in with photos.

guys!!! if i get 500k retweets this can happen for me!! please help out thank you all!!! #CalliesMetsProm pic.twitter.com/cr2Kno3jpv

Fewer than two weeks later, she hit the mark and even got a prom-posal from Mr. Met himself.

While her school's prom isn't until next week, Friday already was a fairy-tale. Complete with a blue and orange dress -- Mets colors, of course -- and evena pair of white Keds that looked like baseballs, Quinn, 17, danced with Jerry Blevins ...

#CallieMetsProm and what's a prom without a dance? @jerryblevins gets the honor with @callieshayeeex3 ... and what could be more @Mets than the jets from LaGuardia overhead? pic.twitter.com/A8C1WrbB2H

got a signed jersey from Noah Syndergaard ...

#CallieMetsProm meeting Syndergaard, 1 of her 2 faves. Callie's brother Ryan carrying the jersey that players are signing for her @callieshayeeex3 pic.twitter.com/83PjENMD0s

and met players Todd Frazier and Michael Conforto (who almost made her break down in tears, she told reporters).

How did she feel after reaching her goal?

today is literally the greatest day of my entire life