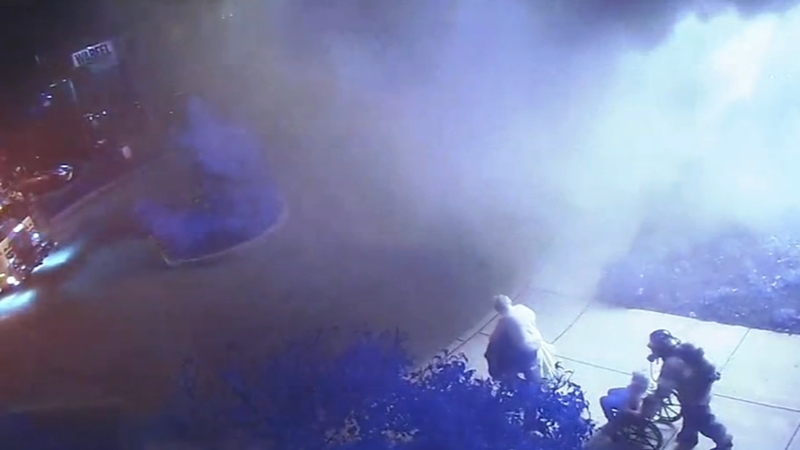 On Monday a team of federal investigators continued their efforts to make entry to what remains of the Barclay Friends Senior Living Community, searching for any sign of the missing residents, as well as what may have sparked the fire.

The missing are described as a husband and wife, ages 92 and 89, an 85-year-old woman, and a 93-year-old woman. Their identities have not yet been released.

Authorities say there were 152 people inside the building when the flames erupted - 137 residents and 15 staffers.

Dramatic video released at Monday's news conference showed the very beginning of the rescue efforts. In the video you see a firefighter lift up a senior resident who is trying her best to escape the flames.

From there it was a race against time, as the massive fire was so hot it was melting the gear rescue workers were wearing.

"They kept going back in there until their helmets were melting and cracked," Hogan said.

We're also hearing more about the incredible effort by the Barclay staff, first responders and neighbors to get the seniors out.

"Police officers were running in there without any breathing apparatus," Hogan said.

Since the fire, it's been an all-out community effort to rectify what's been lost.

Donations began being collected at 9 a.m. Sunday at the Good Will Fire Company. By 1:30 p.m., the senior center said they have received so many donations, they cannot take in anymore.

"Ladies and gentlemen,the outpouring of donations and support has been overwhelming. At this time we are at maximum capacity and will be ENDING THIS DONATION DRIVE AT 3pm!! We thank you for your generosity and request that all scheduled volunteers report to the firehouse for sorting and packing this afternoon and evening."

Those who stopped by donated walkers, clothes, toiletries, and more that was on the list of the much needed items to help the victims of the devastating fire.

Ted Hartz of Good Will Fire Company said, "It's a great thing to see everyone come together when something like this happens."

“I feel like we hit the lottery” woman says as she picks up necessities for her mother who was displaced by Barclay Friends Fire on Thursday. Firehouse is packed with donations from community members. Everything from walkers, coats, socks were donated. @6abc

Hartz is the president of the Good Will Fire Company, but he's also part of 'Trucks2.'

Firefighters were called to the Barclay Friends Senior Living Community in West Chester around 10:30 p.m. Thursday. The massive five-alarm fire forced residents out into the cold.

Bob Lindner says he found his father alone on the sidewalk.

"Wrapped up in blankets, cold and scared," he said.

Lindner says he had those blankets because of nurses and nearby neighbors. But officials say the need is even greater now.

Families of residents in need are invited to pick up the donated supplies on Monday between 9 a.m. and 7 p.m.

The cause of this fire is still unknown.

Officials work to determine cause of West Chester blaze. Bob Brooks reports during Action News at 7 p.m. on November 18, 2017. 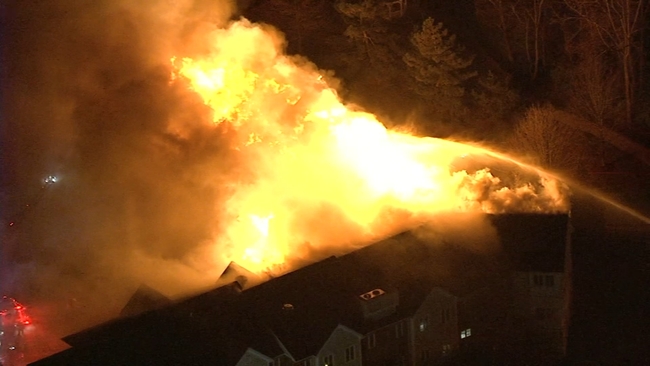