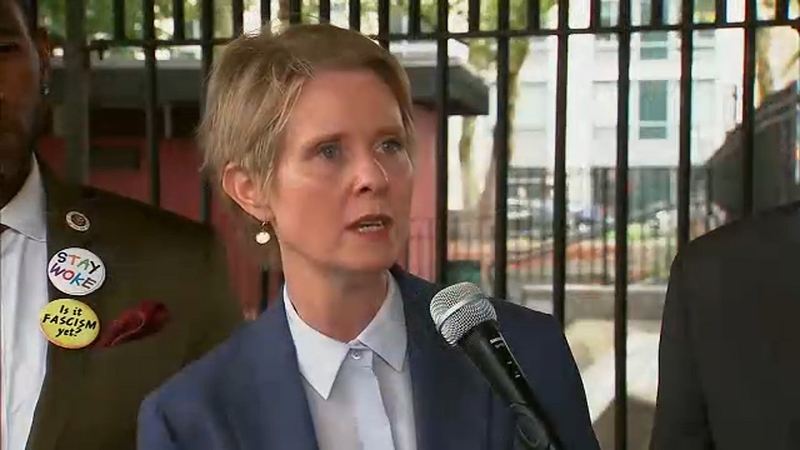 VINEGAR HILL, Brooklyn (WABC) -- Democratic Gubernatorial candidate Cynthia Nixon angrily reacted to a mailer sent out by the state Democratic Party that insinuated that she is Anti-Semitic. Nixon is now demanding a correction.

"They need to not only apologize - we need to be hearing through spokespeople that this was a mistake, and inappropriate" said Nixon.

Nixon says she wants to know who is behind the mailer.

"The state party sent out a wrong and inappropriate mailer - we will work with the Nixon campaign to send out a mailing of their choosing to the same universe of people."

Nixon is the mother of two Jewish children, and says she is alarmed by the rise in Anti-Semitism.

Her challenger in Thursday's primary is Governor Andrew Cuomo, who attended a service at the Abyssinian Baptist Church in Harlem, and later said he had not seen the mailer.

"I think the mailer was a mistake. I think it was inappropriate. I understand the state party has offered the Nixon campaign to do a mailer for them," said Cuomo.