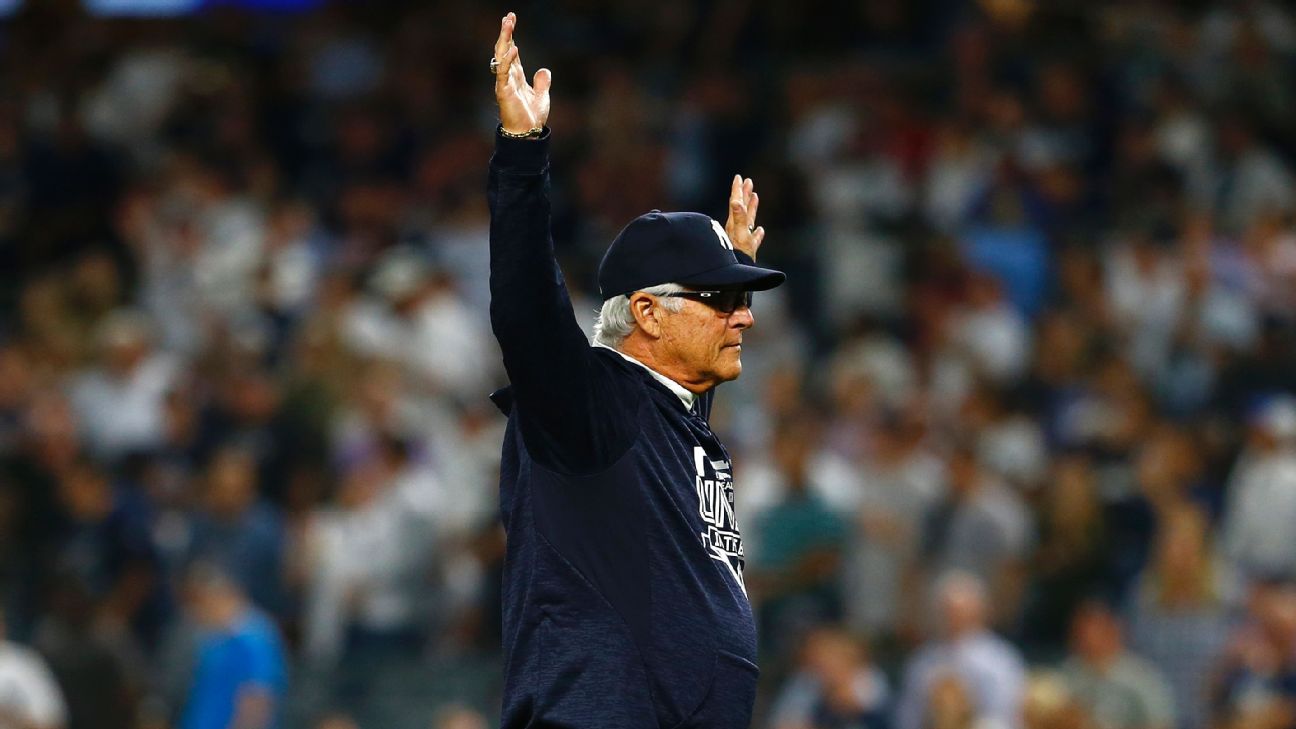 A name no Red Sox fan likes to hear was on the field at Yankee Stadium on Tuesday night.

Bucky Dent threw out the first pitch ahead of Game 4 of the American League Division Series in the Bronx, some 40 years after his go-ahead, three-run home run crushed Boston fans' hearts in a one-game AL East tiebreaker.

New York faced a win-or-go-home predicament in that 1978 clash between these storied rivals, and did so again Tuesday night.

This time, the Yankees rallied late, but it wasn't enough as the Red Sox held on for a 4-3 win to advance to the American League Championship Series against the Houston Astros.

Dent, now 66, hasn't had a lot of success while on the field in a ceremonial role.