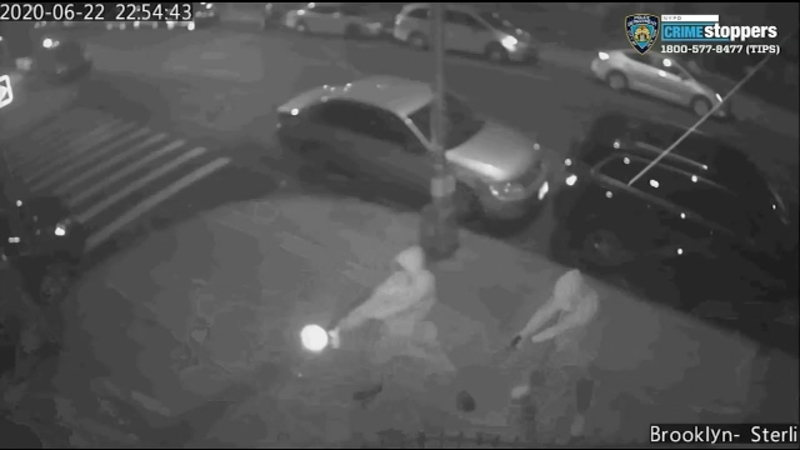 You can see two gunmen shooting toward the crowd that gathered on Sterling Street in Crown Heights Monday night.

Five people were injured in the shooting.

Police say the five were among 17 people were shot in 11 incidents over a 24-hour period in New York City.

That makes 548 people shot in 459 incidents so far this year. By comparison, there were 376 victims of 331 incidents at this time last year.