WABC
By Eyewitness News
EDENWALD, Bronx (WABC) -- Police are investigating after a woman was shot in the back while sitting in her car in the Bronx Monday evening.

The shooting happened just after 6 p.m. on Monticello Avenue near East 233rd Street in the Edenwald section.

Detectives say the 27-year-old woman was in the KIA SUV that stopped at the scene when video shows a dark-colored car pull up behind the vehicle.

Police say a man from the car tried to yank someone out of the SUV, and a fight ensued between the people in the two vehicles.

That's when shots rang out, and the woman -- still in the vehicle -- was struck hit in the back.

Investigators say it's unclear if the occupants of both vehicles knew each other.

The victim was taken to Jacobi Medical Center in serious but stable condition.

Police are still investigating the motive. 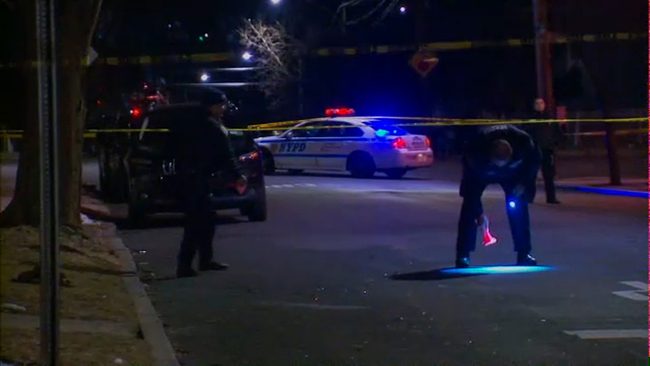