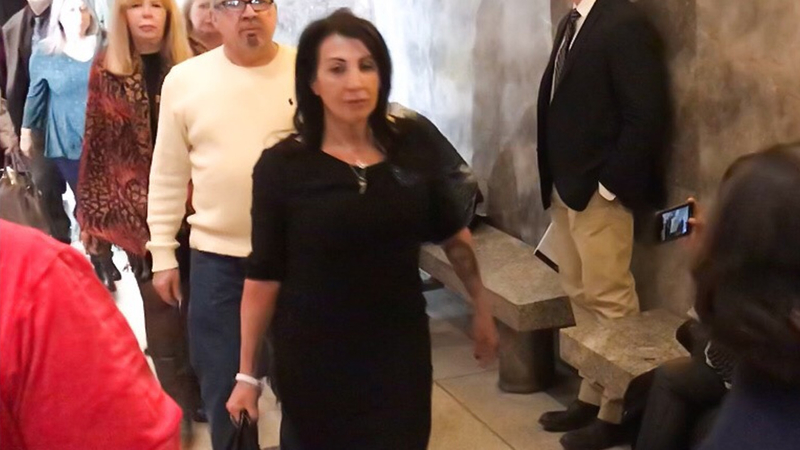 HOWARD BEACH, Queens (WABC) -- Karina Vetrano's mother testified Tuesday in the retrial of the man charged in her daughter's murder.

She also described the increasingly desperate hours when Karina was missing and the moment that she learned from her husband that their daughter was dead.

"I was screaming in the street," she told the jury. "We grabbed each other, and we were just crying."

She testified for 40 minutes and never quite broke down, staying steady and calm, if a bit nervous.

Karina's father Phil Vetrano then took the stand. He also testified in the first trial, which ended in November with a hung jury.

During opening arguments Monday, assistant Queens DA Brad Leventhal painted a vivid and horrifying portrait of the crime, describing how Vetrano left her home and was attacked and murdered in Spring Creek Park.

It its opening statement, the defense sought to rekindle the same doubts that led to the first mistrial.

"This awful crime was not committed by that young man," defense attorney Jen Cheung said. "Chanel did not murder Karina. He did not sexually assault her either. Ladies and gentlemen, you won't hear evidence linking Chanel to a sexual assault. You won't see Chanel's blood or body fluid, shoe prints or hair at the crime scene. You won't see his fingerprints at the crime scene either."

"The very evidence that the government thinks proves their case actually leaves a host of reasonable doubts," Cheung said.

Prosecutors claim DNA from underneath Vetrano's fingernails, on her neck, and on her cell phone matched that of Lewis.