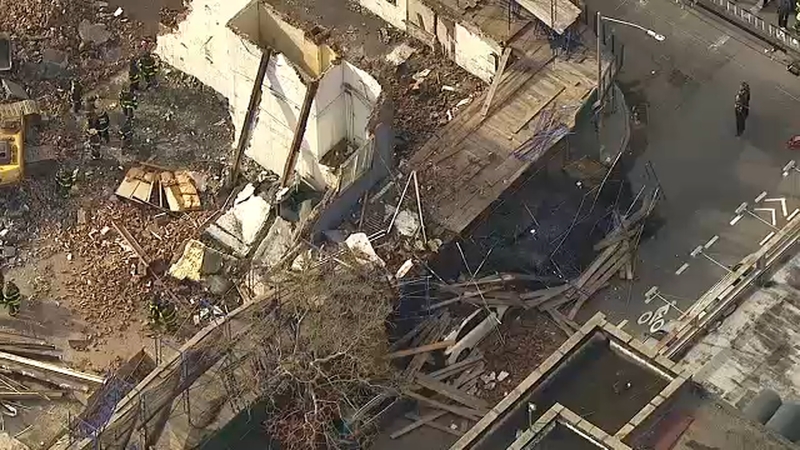 The scaffold collapsed at the intersection of Wythe Avenue and North 13th Street in Williamsburg around 8:45 a.m.

No injuries were reported, but several parked cars were damaged -- including one belonging to a construction worker.

"I was in there working, and my co-worker told me my car got smashed up," Julian Foster said. "So I came outside to look at it, and I was like, you can't be serious."

Authorities say the site has an active permit for the demolition of a two-story building, and the Department of Buildings is overseeing work by the contractor and scaffolding company to remove debris and secure the site.

Inspectors have issued a Full Stop Work Order for the site and a violation for failure to safeguard.

Buildings department officials said permits were issued for demolition using hand tools, but that the investigation found machinery was being used contrary to the approved plans.

The investigation into the cause of the incident is ongoing, and additional enforcement actions may be issued.

A portion of the street was closed for cleanup and the investigation.