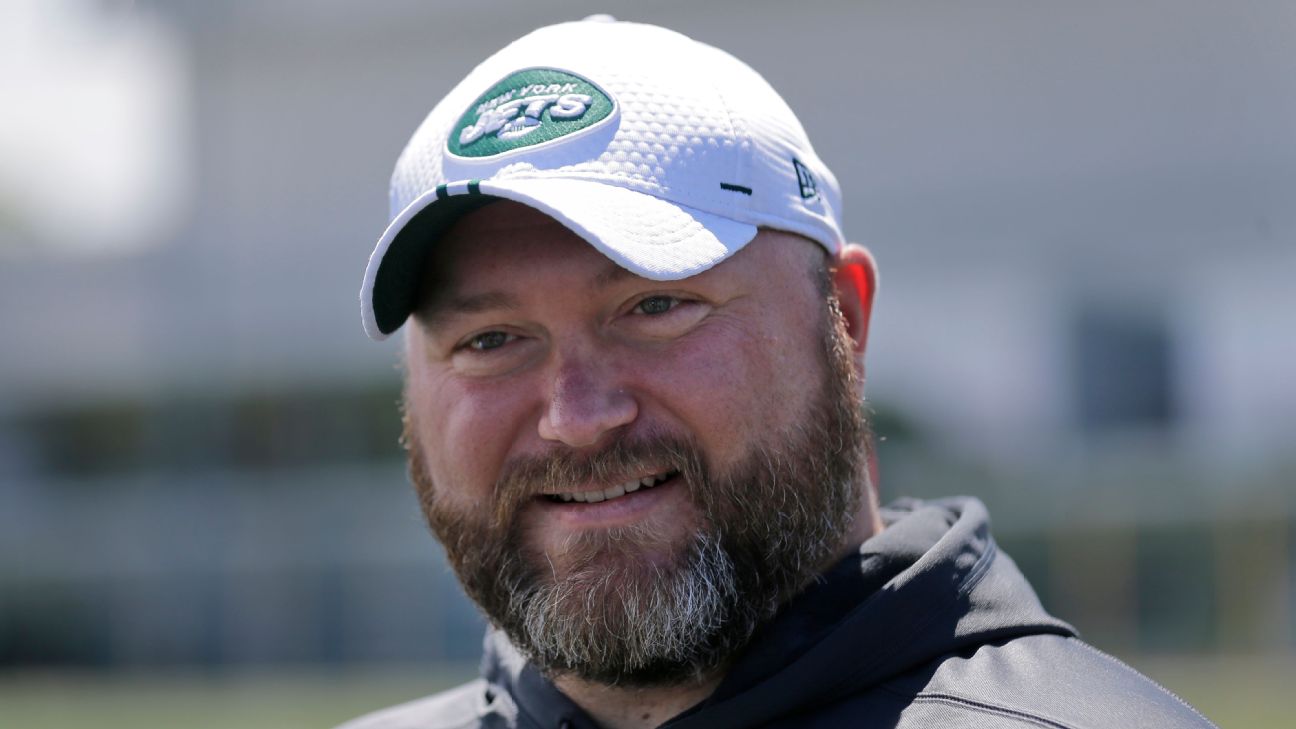 FLORHAM PARK, N.J. -- New York Jets general manager Joe Douglas came from an organization that won a Super Bowl with a young quarterback as its primary starter, and he believes Sam Darnold gives him the chance to attack his new job with the same mentality.

"When you know you have the right guy, there's a sense of urgency: 'Let's go win right now,'" Douglas said Tuesday at his introductory news conference. "I feel like that confidence is here right now."

Douglas, hired Friday to replace Mike Maccagnan, inherits a team that hasn't reached the postseason since 2010. This is a daunting job. In fact, only the Cleveland Browns and San Francisco 49ers have won fewer games than the Jets over the past three seasons.

Instead of preaching patience and tamping down expectations, Douglas, 42, expressed a sense of conviction in the organization. He praised coach Adam Gase and said the roster includes "a lot of exciting pieces."

He said it starts with Darnold, the third overall pick in 2018 -- just as it did in his former job with the Philadelphia Eagles and quarterback Carson Wentz.

"I'll say this: Building around a young guy, there was a sense of urgency in Philadelphia, knowing we had a young quarterback, and we wanted to put the pieces around him," said Douglas, the Eagles' vice president of player personnel for three seasons. "I think there's going to be that same urgency anywhere, especially here with a young quarterback like Sam."

Douglas, the Jets' fourth GM in the past eight years, said he took the job in large part because of his relationship with Gase. They met in 2015, when they both worked for the Chicago Bears, and they struck up a friendship. When the Jets fired Maccagnan, the speculation immediately focused on Douglas as his replacement.

Gase insisted that CEO Christopher Johnson made the decision to hire Douglas, but he was the coach's No. 1 choice, sources said.

Gase didn't try to hide his affinity for Douglas; he was almost giddy after the news conference as he described his emotions upon learning that his friend had accepted the six-year contract.

"I was borderline harassing Joe, like, 'When are you coming up?'" Gase said.

Gase said Douglas' evaluation skills are "unbelievable," adding, "Coaches trust him. You don't have the squabbles because he does such a great job of evaluating players."

There was friction in the Gase-Maccagnan partnership because of disagreements about personnel decisions, sources said. The situation was so toxic that CEO Christopher Johnson, who praised Maccagnan throughout the offseason, decided to fire Maccagnan only four months after pairing him with Gase.

"I feel we now have the right people in charge of our football operation," Johnson said.

Johnson said Douglas will "work well with Adam" because he's a "consensus builder" and an "effective communicator." He stressed the importance of collaboration, though it should be noted that Douglas, like Maccagnan, will have final say on personnel.

Douglas, a first-time GM, said he will allow Gase to have input, along with others in the organization.

"Just because [I have] control of the 53 doesn't mean there's not going to be strong collaboration," he said. "Having worked in Philadelphia, that was the model."

Douglas seemed genuinely touched by the moment, thanking the three organizations for whom he worked: the Eagles, Bears and Baltimore Ravens.

Outlining his vision for the Jets, Douglas said, aside from having a top quarterback, it's imperative to have strong offensive and defensive lines. The Jets' offensive line is considered one of its weak links.

Douglas also will hire an executive to work alongside him. He confirmed that ESPN draft analyst Todd McShay, a former college teammate, is under consideration for a position. But he quickly added, "We're going to cast a wide net. We're going to get the right person." Former Cleveland Browns GM Phil Savage also is a candidate.

Douglas downplayed reports that said he was hesitant about taking the job because of uncertainty with ownership. Owner Woody Johnson, the U.S. ambassador to the United Kingdom, could return to the team in 2020, depending on the outcome of the presidential election. That would create questions about Christopher Johnson's role.

"I can promise you," Douglas said, "I wouldn't be standing here if I didn't have a comfort level with where this franchise was in the leadership position."
Report a correction or typo
Related topics:
sportsespnnew york jetsnflsam darnold
Copyright © 2021 ESPN Internet Ventures. All rights reserved.
More Videos
From CNN Newsource affiliates
TOP STORIES