WABC
By Eyewitness News
MIDTOWN, Manhattan (WABC) -- Salvage crews have begun the task of recovering parts from the helicopter that crashed on the roof of a building in New York City.

Meantime, officials say the pilot who died when the helicopter he was flying crashed into the roof of the high-rise building wasn't authorized to fly in limited visibility.

The NTSB began its investigation on Tuesday after the pilot was killed in a helicopter crash-landing on a building in Midtown Manhattan on Monday.

The incident happened at the AXA Equitable Center in the 700 block of 7th Avenue near 51st Street around 2 p.m.

The chopper crash-landed onto the building which resulted in a fire on the roof. The FDNY responded to put out the flames, leaving behind the charred wreckage.

Images from the scene of today’s helicopter crash at 787 7th Ave. in Manhattan. #FDNY members remain on scene. There is one fatality reported. pic.twitter.com/7qyyJWrMsw

The pilot was later identified as Tim McCormack who was described as a "highly experienced" pilot by the manager of the Linden airport.

Officials announced Tuesday that McCormack was not certified to fly in poor weather conditions where he could not visually navigate, according to FAA records.

Preliminary information on the investigation is that soon after he took off, McCormack radioed back to the heliport to say he was in trouble due to the weather and lack of visibility, sources said. Law enforcement officials briefed on the probe said he was flying at a very low speed, trying to maneuver his way to fly safely. At one point, he ascended higher than helicopters typically fly to try and get above the clouds, but that was unsuccessful.

Soon, he was traveling west into the no-fly zone, instead of south as he had planned, because he had become disoriented. That is when the helicopter crash-landed.

There is equipment on board the helicopter that would lead a pilot to safety even in the heavy fog that was over Manhattan Monday, but McCormack was not trained on how to use it properly.

No one inside the building was injured. Thousands of office workers streamed down fire stairs as first responders rushed to the roof.

Department of Buildings inspectors and engineers found no evidence of structural damage, and determined that the building does not pose a danger to the public. The DOB said the building is currently safe to occupy, and no vacate orders were issued. Essential employees returned to the building on Tuesday.

Rep. Carolyn Maloney of New York called on the FAA to ban "non-essential" helicopter flights over Manhattan following the crash, and vowed to hold the agency "accountable" for what happened. 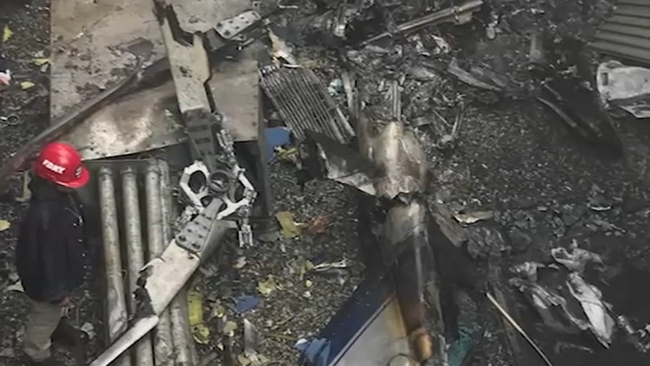 FAA: Pilot killed in NYC crash not certified to fly in limited visibility 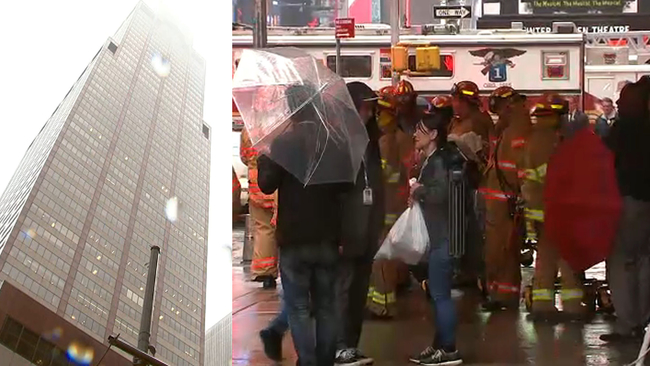