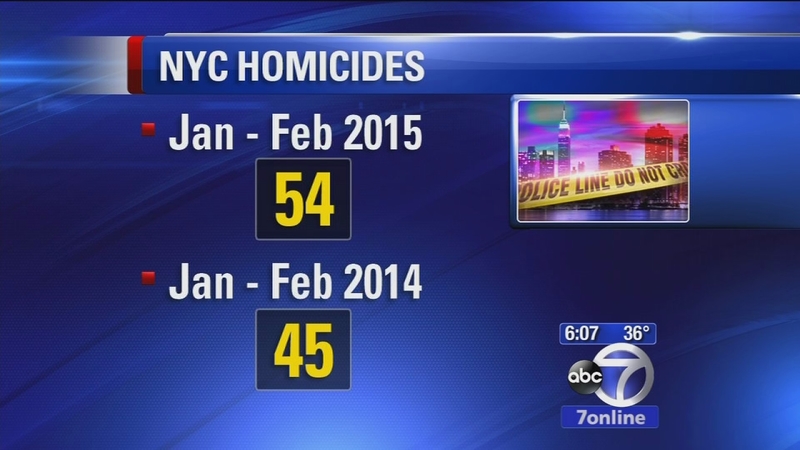 Shootings on the rise in New York City

NEW YORK (WABC) -- Shootings in New York City are on the rise, with a 17 percent increase this year over the same time period in 2014.

So what's behind the rise? According to NYPD Commissioner William Bratton, there are a variety of factors.

"The seemingly innocent drug that's been legalized around the country," he said. "In this city, people are killing each other over marijuana more so than anything that we had to deal with an 80s and 90s with heroin and cocaine."

Weed is apparently not so innocent in New York City, and Bratton says it just keeps showing up in the most violent acts in the city.

"We just see marijuana everywhere when we make these arrests, when we get these guns off the streets," he said.

In fact, the NYPD says it was a marijuana ripoff that led to the murder of officer Peter Figoski in 2011.

"These are all ripoffs," Chief of Detectives Robert Boyce said. "These are not turf battles. These are ripoffs of marijuana dealers, robberies...We lost a police officer, detective Pete Figowski, a couple years ago. He was responding to a marijuana ripoff."

The NYPD will continue to look into ripoffs as a factor in homicides and shootings.

"In some instances, it's a causal factor," Bratton said. "But it's an influence in almost everything that we do here."

Police precincts with the largest increases also had the lowest numbers of stop and frisks.

Bratton has denied any correlation between the two.