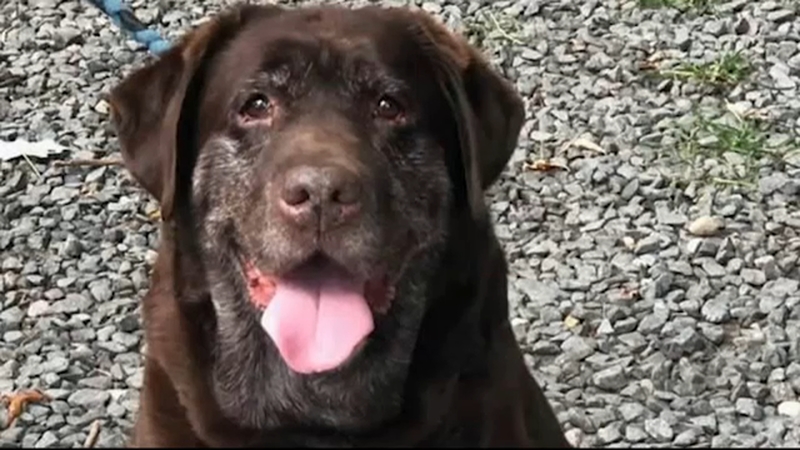 Dog put down after being tossed from stolen vehicle

NEWARK, New Jersey (WABC) -- A New Jersey woman's beloved chocolate Labrador was the victim of a carjacking in New Jersey that ultimately led to the dog's death.

Jenny Van Schoick was inside Bully Zone Pet Supply store on McCarter Highway in Newark on December 19 with one puppy, while her Mercedes SUV was running outside with her lab Cheyanne and another puppy inside.

She was leaving the store to when she saw a thief drive off with her car and the dogs, and she grabbed the door in an effort to stop him.

She was able to hold on to the door but eventually fell off when the car picked up speed.

The thief then dumped the dogs as he got away, leaving an injured Cheyanne on the side of the road.

"They had it planned," she said. "They were probably stalking the area the whole time to see who was going in and out of the store."

Animal control picked up the dogs, but sadly, as a result of injuries and a previous tumor that veterinarians determined had gotten larger and infected due to the fall, she had to be put down.

"I've had her since she was a puppy," Van Schoick said. "To have her in the last moments of her life to be in that kind of situation is wrong."

The carjacker is still on the run, and Van Schoick has offered a $1,000 reward for finding the thief.

As for Cheyanne, she lived 13 years and had won numerous awards at dog shows.

Police urge drivers not to leave their engine running with the keys inside, and is provides thieves with an easy crime of opportunity.

"It's a hard lesson to learn in that respect, but I mean, at least I didn't get killed," Van Schoick said. "It's my intuition to save the dogs."