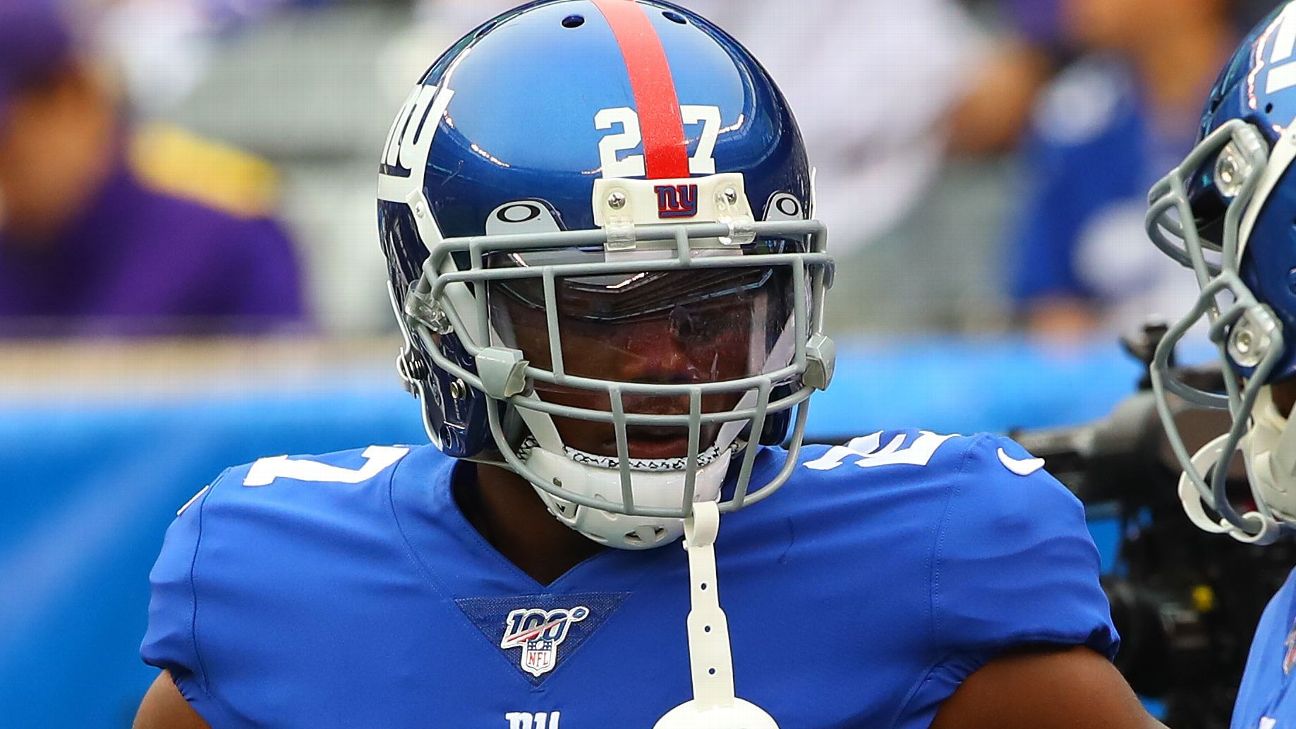 Lawyers for Seattle Seahawks cornerback Quinton Dunbar and New York Giants cornerback DeAndre Baker are denying a report of a cover-up in the alleged robbery involving the two NFL players in May.

The New York Daily News, which obtained a search warrant that cited previous evidence gathered in the case, reported that a witness in the robbery, Dominic Johnson, oversaw a payout of $55,000 to the four alleged victims at the office of Dunbar's attorney, Michael Grieco, in the days after the robbery.

"Law enforcement, both local and federal, was advised from day one and beyond that the alleged 'victims' in this case were actively extorting Baker and Dunbar," he told the Seattle Times. "These men fabricated a robbery story after waiting an hour to call police and then immediately began contacting the players demanding money.

"My office obtained accurate and truthful affidavits consistent with the independent witness and my client's account. These 'victims' are seasoned career criminals who have been arrested and/or convicted of crimes ranging from conspiracy to commit murder, to human trafficking, to filing a false police report. Mr. Dunbar took and passed a polygraph confirming that he did not participate or witness any robbery."

Baker's attorney, Bradford Cohen, says that they too have been in contact with federal and local authorities from the start about the blackmail attempt from the alleged victims. He claims the victims threatened to "go to the press" and said, "If we don't get paid, we're going to TMZ."

The victims also hired a civil attorney several days after the incident in order to sue for damages. They are believed to be looking for somewhere in the range of $500,000.

Cohen claims no payment or offer of money was made from Baker. Cohen, Baker and Baker's NFL attorney, Patrick Patel, were at Patel's house in Fort Lauderdale, Florida, while Baker was receiving the messages about the alleged payoff. They claim to have been playing along for evidence but not participating.


Cohen called it an "extortion scheme."

The state attorney's office has yet to decide whether to go forward toward trial in each player's case.

Cohen says he has submitted two affidavits from independent witnesses at the party who proclaim Baker's innocence and that Baker also passed a lie detector test from a nationally known examiner.