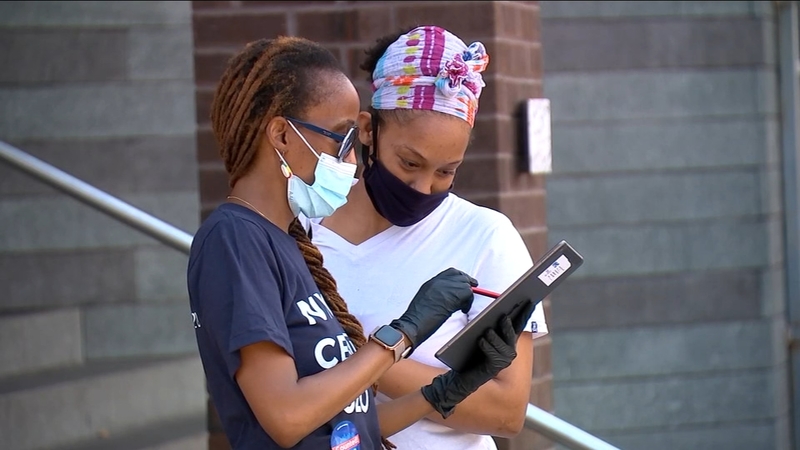 NEW YORK (WABC) -- New York City is launching the #GetCountedNYC Census Week of Action to mobilize all households to respond to the census, which has just a 54% self-response rate as of July 27.

From July 27 - August 2, NYC Census 2020 are planning a week of activities citywide to mobilize New Yorkers to self-respond to the 2020 Census. 500 New Yorkers have already signed up to volunteer.

Over 150 volunteers will hold in-person census outreach events across the five boroughs in transit hubs, parks, playgrounds, small business corridors, and other key public areas in areas with historically low self-response rates on Wednesday, July 29. Teams will be equipped with PPE.

The Census Week of Action is timed to significantly increase New York City's self-response rate immediately prior to the launch of the U.S. Census Bureau's door-to-door enumeration, which has historically proven to be deeply flawed and unreliable in New York City.

The census determines the equitable distribution of $1.5 trillion in federal funds annually for education, healthcare, housing, transportation, infrastructure, and more, in addition to determining the number of seats each state is allotted in the House of Representatives, as well as the shape and size of local and state legislative districts.

NYC Mayor Bill de Blasio talks about the special importance of being counted in this year's census.

Additional events across the five boroughs will be advised for July 30 - August 2 in the near future.